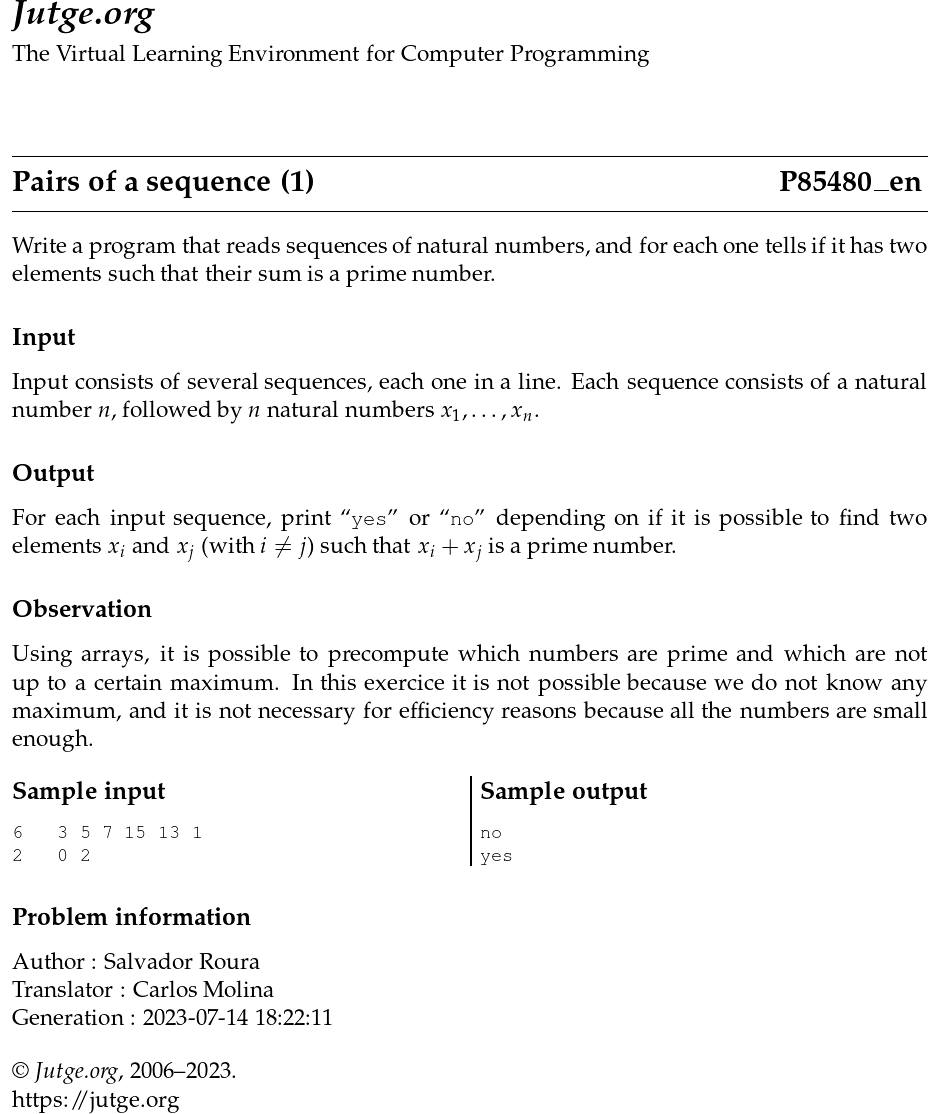 Write a program that reads sequences of natural numbers, and for each one tells if it has two elements such that their sum is a prime number.

For each input sequence, print “yes” or “no” depending on if it is possible to find two elements xi and xj (with i ≠ j) such that xi + xj is a prime number.

Using arrays, it is possible to precompute which numbers are prime and which are not up to a certain maximum. In this exercice it is not possible because we do not know any maximum, and it is not necessary for efficiency reasons because all the numbers are small enough.