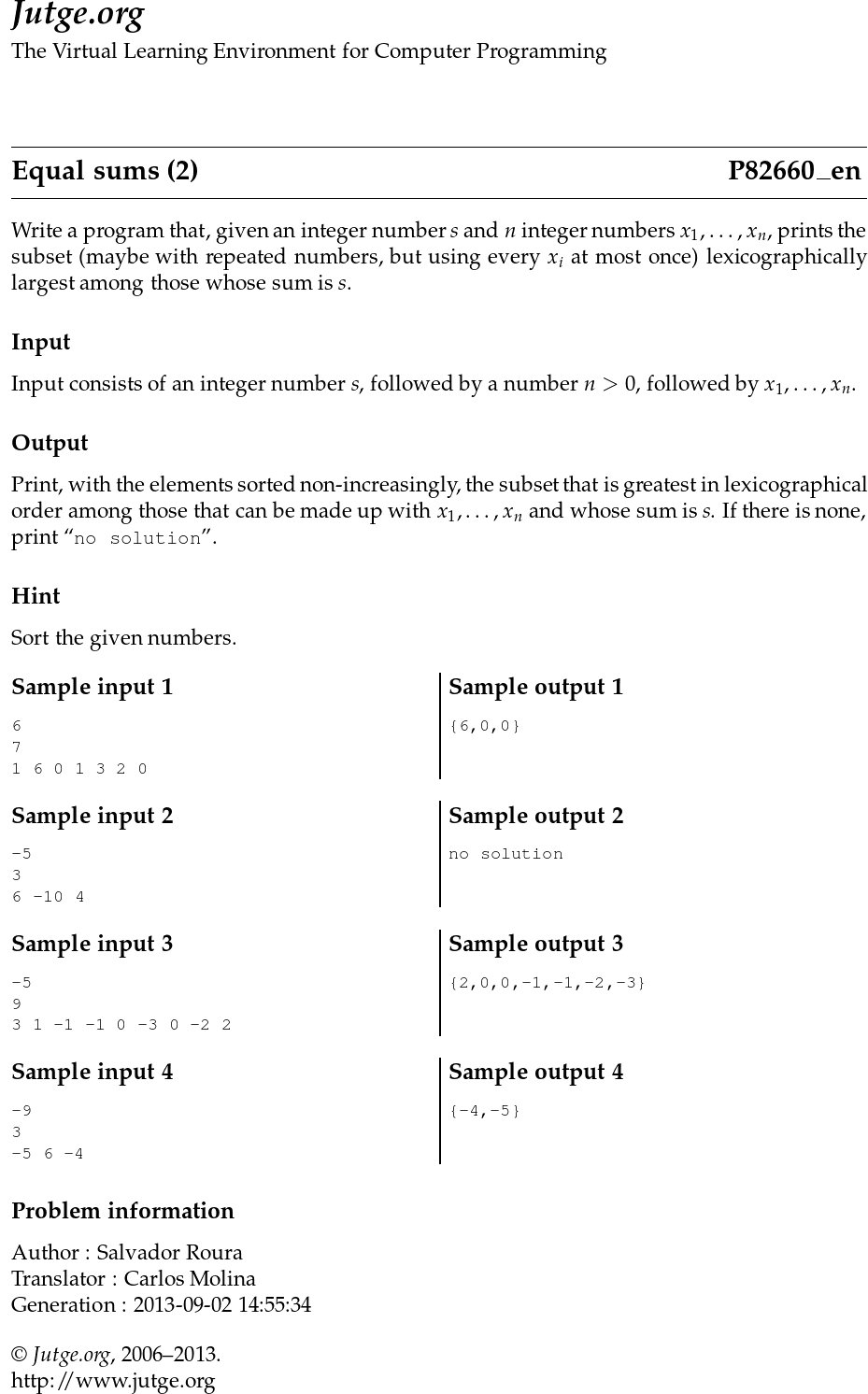 Write a program that, given an integer number s and n integer numbers x1, …, xn, prints the subset (maybe with repeated numbers, but using every xi at most once) lexicographically largest among those whose sum is s.

Print, with the elements sorted non-increasingly, the subset that is greatest in lexicographical order among those that can be made up with x1, …, xn and whose sum is s. If there is none, print “no solution”.

Sort the given numbers.