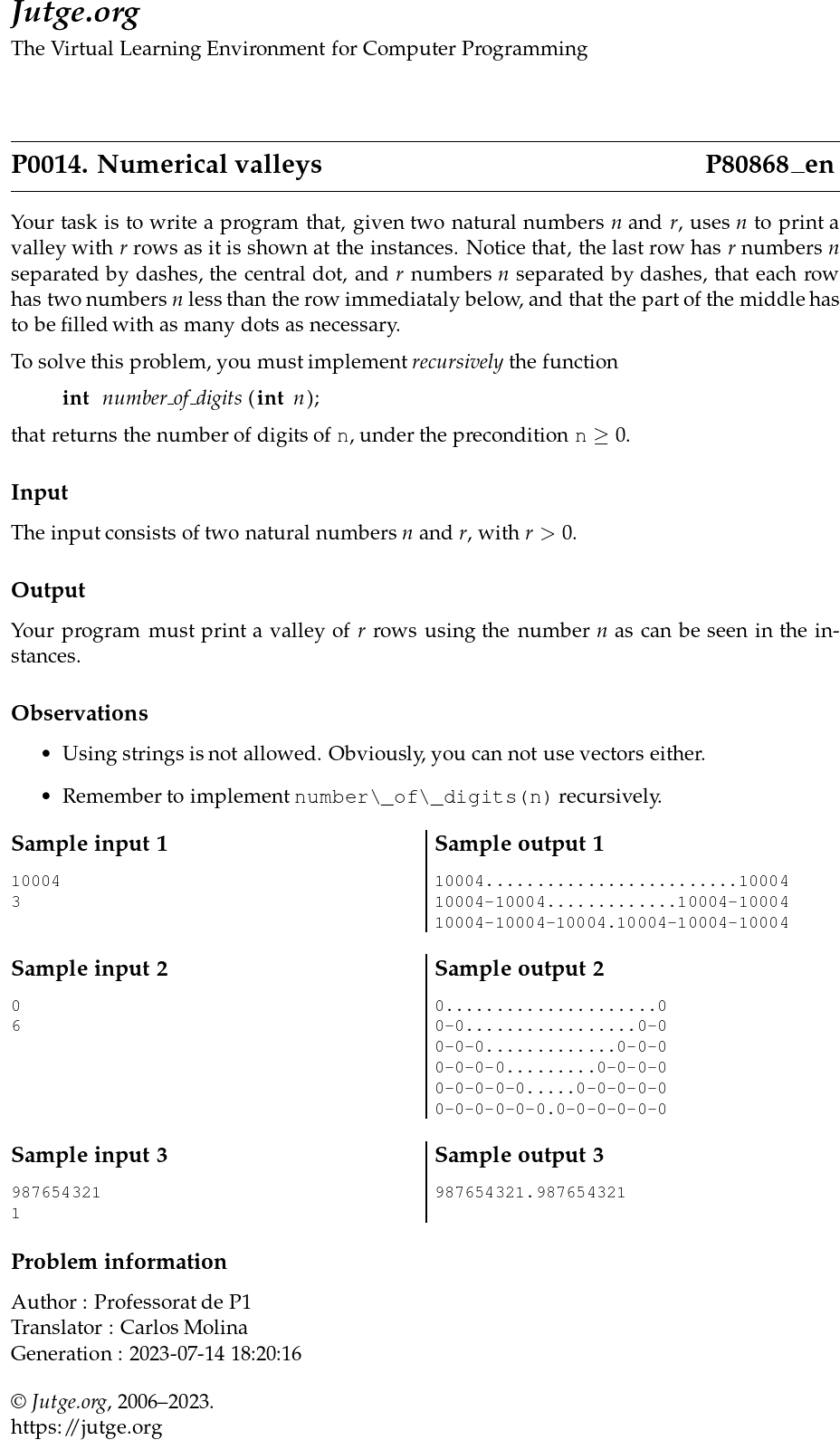 To solve this problem, you must implement recursively the function

that returns the number of digits of |n|, under the precondition |n| ≥ 0.

The input consists of two natural numbers n and r, with r > 0.

Your program must print a valley of r rows using the number n as can be seen in the instances.