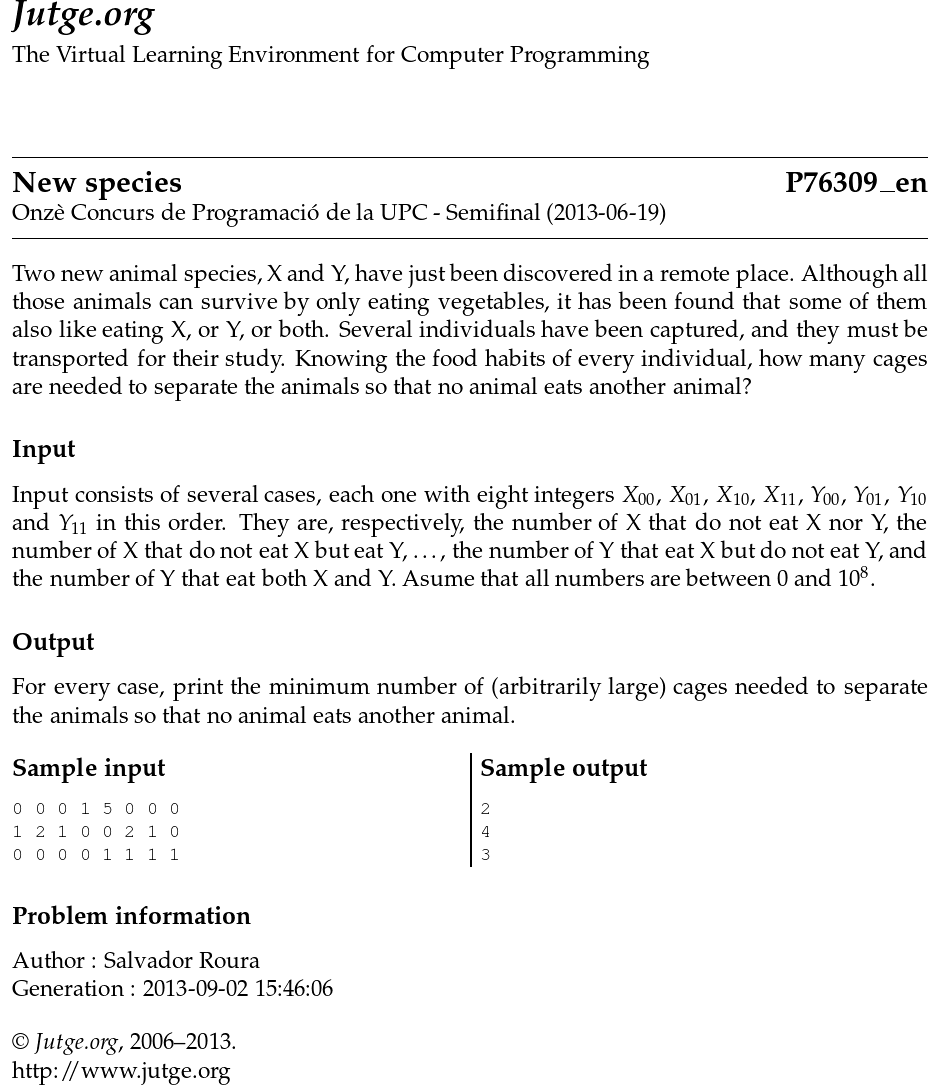 Two new animal species, X and Y, have just been discovered in a remote place. Although all those animals can survive by only eating vegetables, it has been found that some of them also like eating X, or Y, or both. Several individuals have been captured, and they must be transported for their study. Knowing the food habits of every individual, how many cages are needed to separate the animals so that no animal eats another animal?

For every case, print the minimum number of (arbitrarily large) cages needed to separate the animals so that no animal eats another animal.