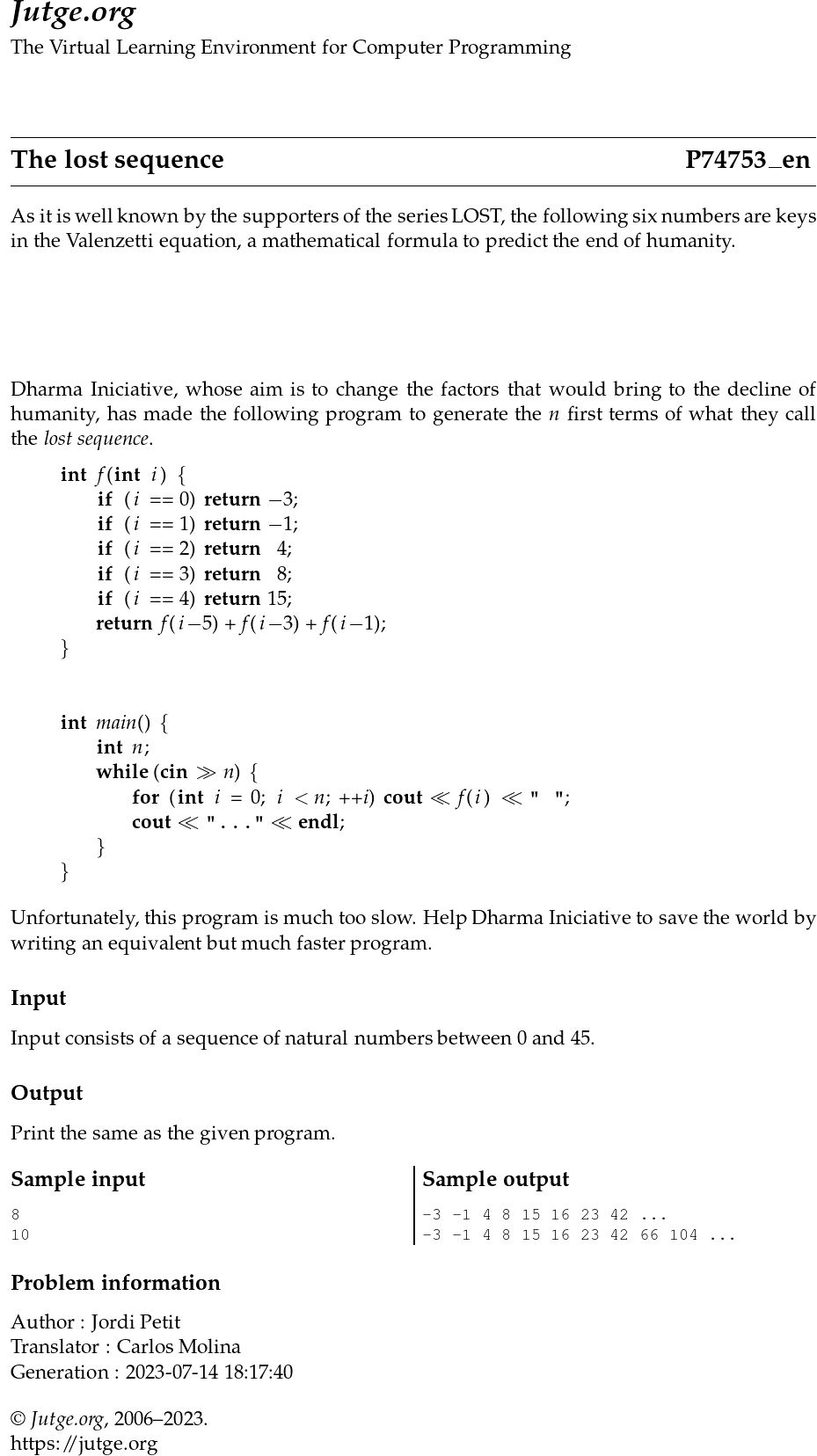 As it is well known by the supporters of the series LOST, the following six numbers are keys in the Valenzetti equation, a mathematical formula to predict the end of humanity.

Dharma Iniciative, whose aim is to change the factors that would bring to the decline of humanity, has made the following program to generate the n first terms of what they call the lost sequence.

Unfortunately, this program is much too slow. Help Dharma Iniciative to save the world by writing an equivalent but much faster program.

Input consists of a sequence of natural numbers between 0 and 45.

Print the same as the given program.