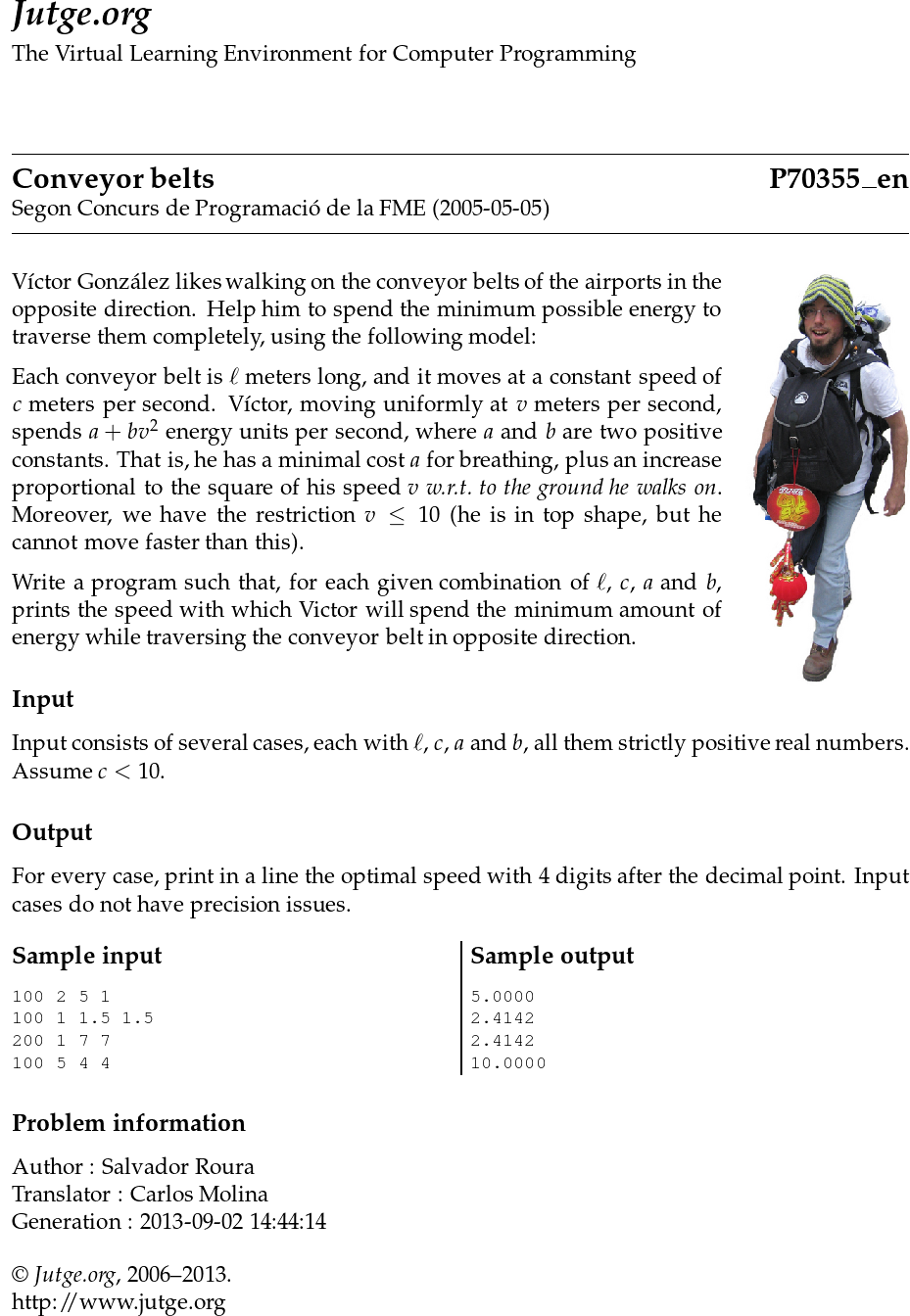 Víctor González likes walking on the conveyor belts of the airports in the opposite direction. Help him to spend the minimum possible energy to traverse them completely, using the following model:

Each conveyor belt is ℓ meters long, and it moves at a constant speed of c meters per second. Víctor, moving uniformly at v meters per second, spends a + b v2 energy units per second, where a and b are two positive constants. That is, he has a minimal cost a for breathing, plus an increase proportional to the square of his speed v w.r.t. to the ground he walks on. Moreover, we have the restriction v ≤ 10 (he is in top shape, but he cannot move faster than this).

Write a program such that, for each given combination of ℓ, c, a and b, prints the speed with which Victor will spend the minimum amount of energy while traversing the conveyor belt in opposite direction.

Input consists of several cases, each with ℓ, c, a and b, all them strictly positive real numbers. Assume c < 10.

For every case, print in a line the optimal speed with 4 digits after the decimal point. Input cases do not have precision issues.