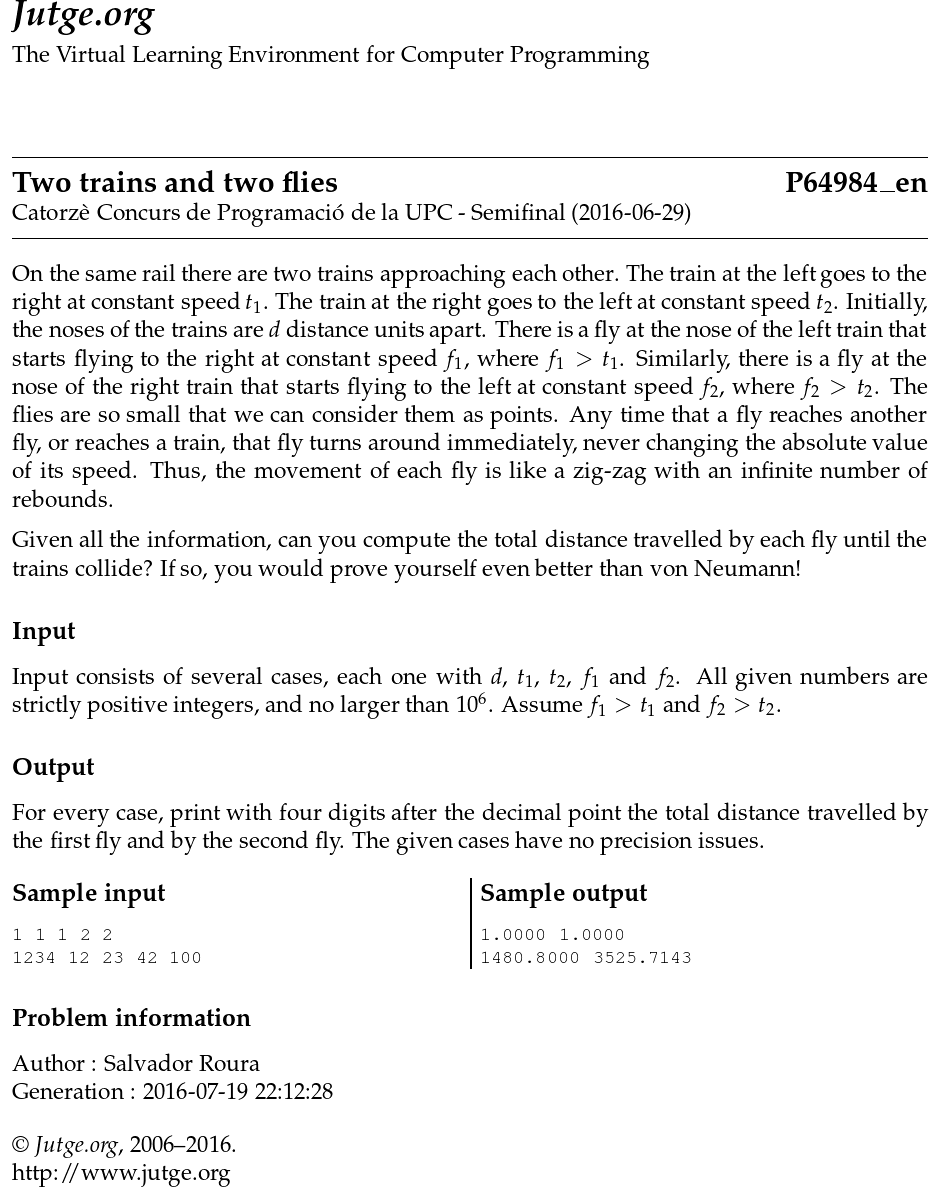 Given all the information, can you compute the total distance travelled by each fly until the trains collide? If so, you would prove yourself even better than von Neumann!

For every case, print with four digits after the decimal point the total distance travelled by the first fly and by the second fly. The given cases have no precision issues.