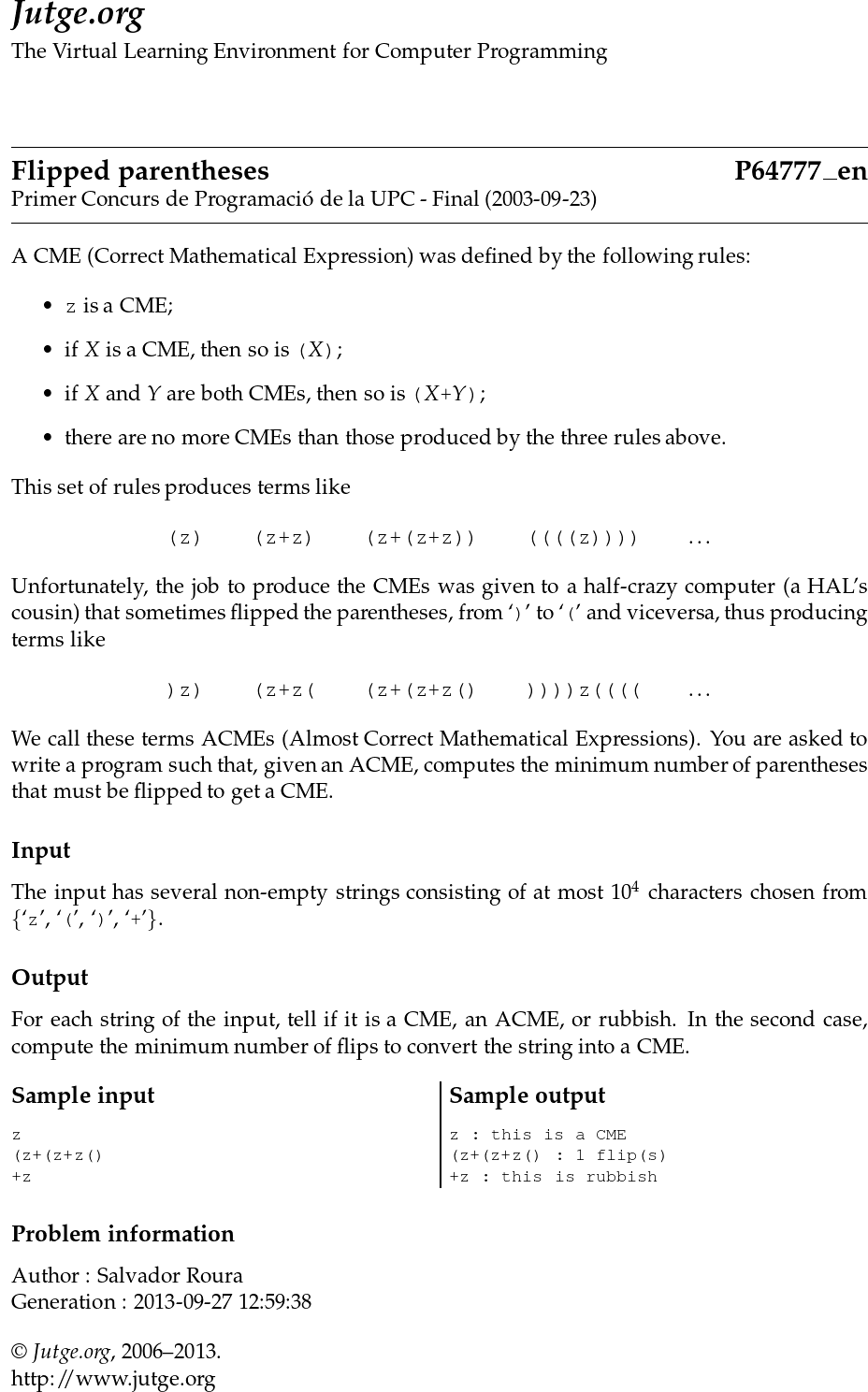 A CME (Correct Mathematical Expression) was defined by the following rules:

Unfortunately, the job to produce the CMEs was given to a half-crazy computer (a HAL’s cousin) that sometimes flipped the parentheses, from ‘)’ to ‘(’ and viceversa, thus producing terms like

We call these terms ACMEs (Almost Correct Mathematical Expressions). You are asked to write a program such that, given an ACME, computes the minimum number of parentheses that must be flipped to get a CME.

For each string of the input, tell if it is a CME, an ACME, or rubbish. In the second case, compute the minimum number of flips to convert the string into a CME.