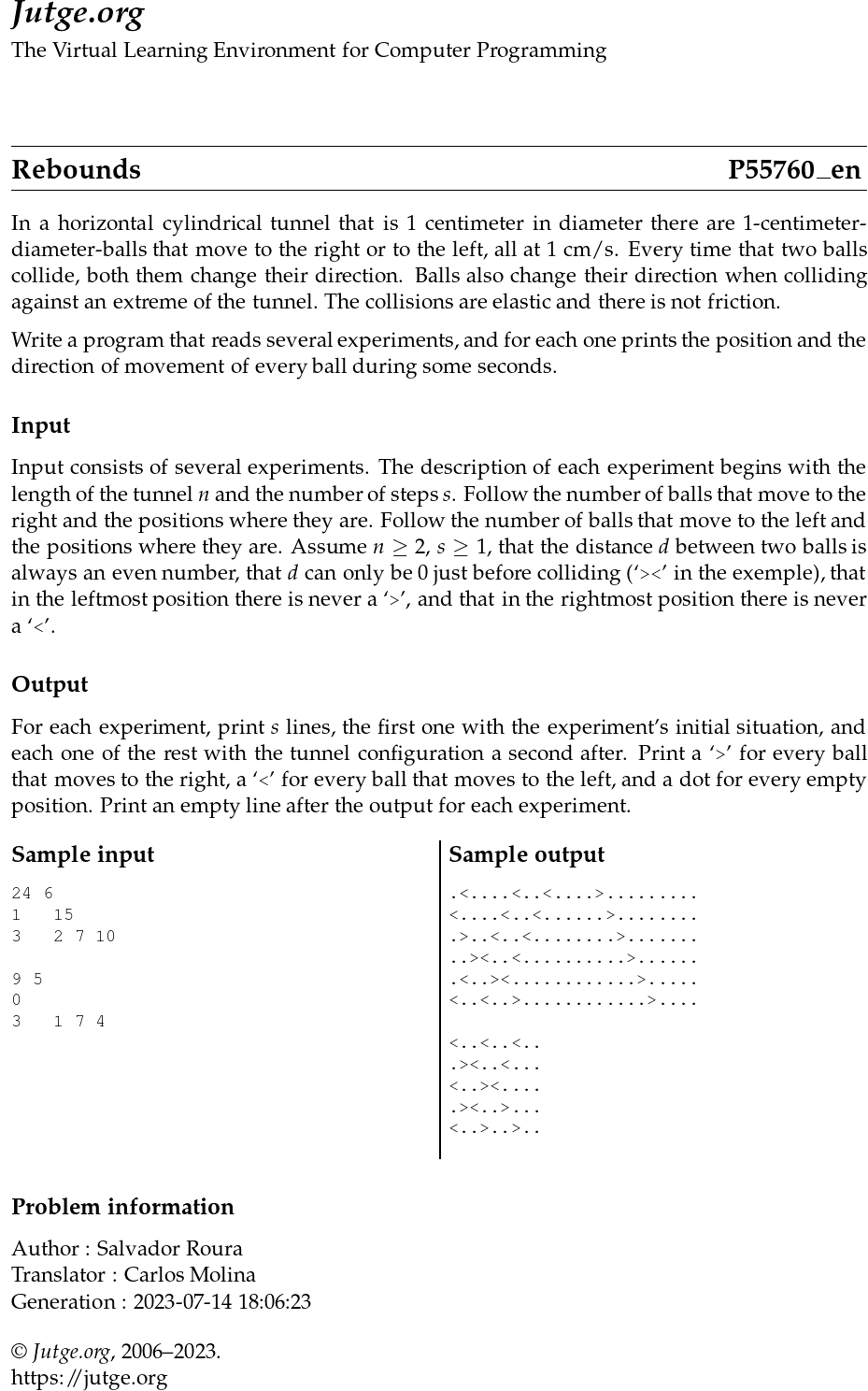 In a horizontal cylindrical tunnel that is 1 centimeter in diameter there are 1-centimeter-diameter-balls that move to the right or to the left, all at 1 cm/s. Every time that two balls collide, both them change their direction. Balls also change their direction when colliding against an extreme of the tunnel. The collisions are elastic and there is not friction.

Write a program that reads several experiments, and for each one prints the position and the direction of movement of every ball during some seconds.