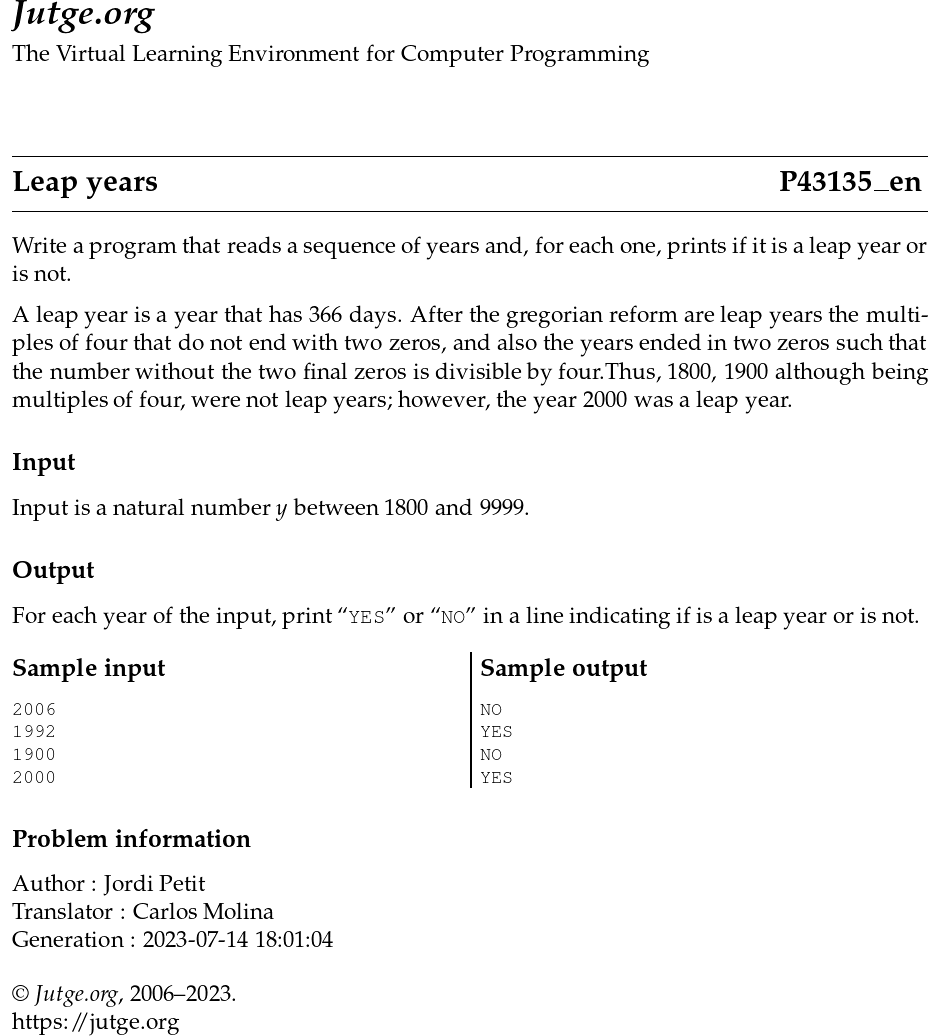 Write a program that reads a sequence of years and, for each one, prints if it is a leap year or is not.

A leap year is a year that has 366 days. After the gregorian reform are leap years the multiples of four that do not end with two zeros, and also the years ended in two zeros such that the number without the two final zeros is divisible by four.Thus, 1800, 1900 although being multiples of four, were not leap years; however, the year 2000 was a leap year.

For each year of the input, print “YES” or “NO” in a line indicating if is a leap year or is not.