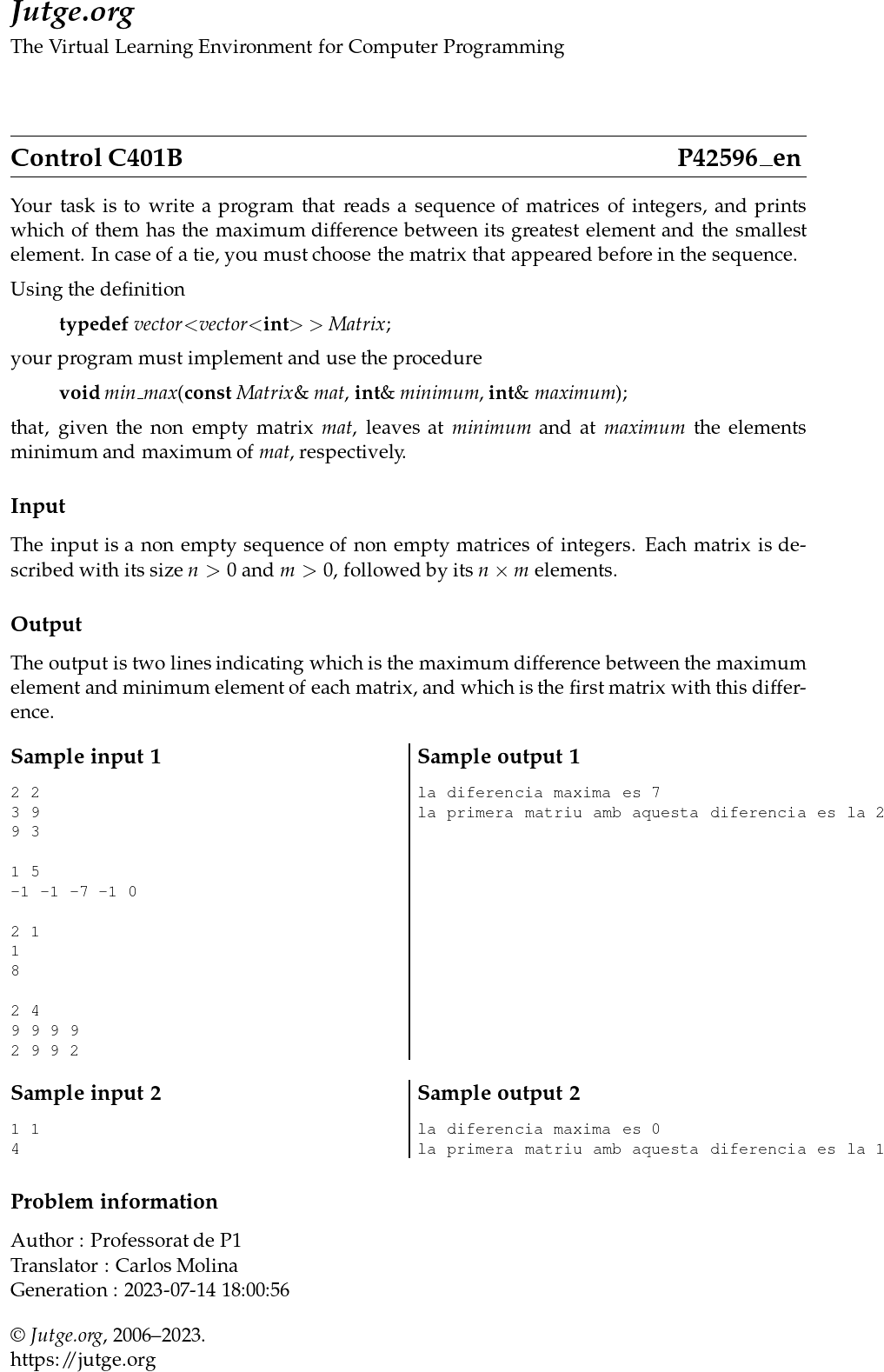 Your task is to write a program that reads a sequence of matrices of integers, and prints which of them has the maximum difference between its greatest element and the smallest element. In case of a tie, you must choose the matrix that appeared before in the sequence.

your program must implement and use the procedure

that, given the non empty matrix mat, leaves at minimum and at maximum the elements minimum and maximum of mat, respectively.

The input is a non empty sequence of non empty matrices of integers. Each matrix is described with its size n > 0 and m > 0, followed by its n × m elements.