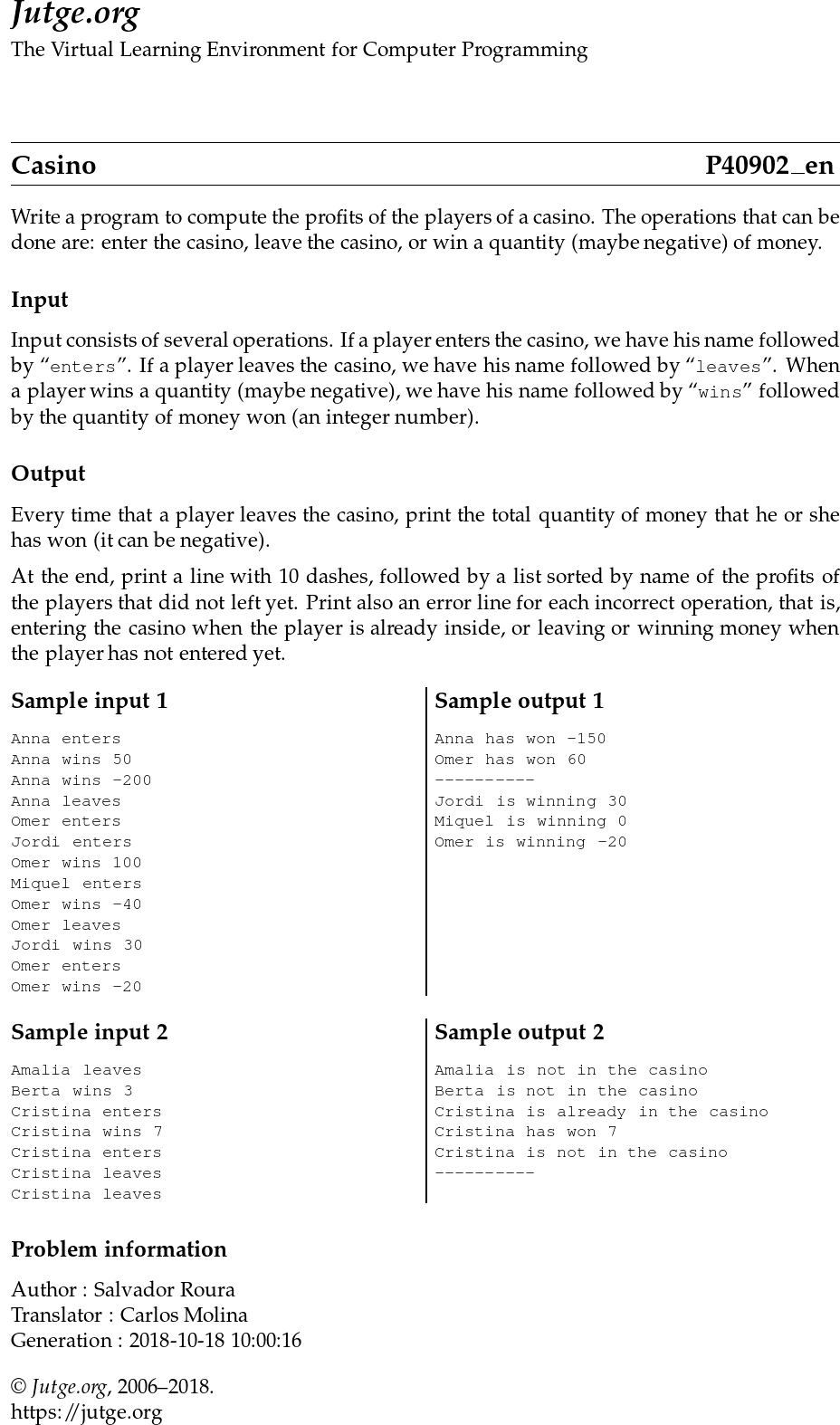 Write a program to compute the profits of the players of a casino. The operations that can be done are: enter the casino, leave the casino, or win a quantity (maybe negative) of money.

Every time that a player leaves the casino, print the total quantity of money that he or she has won (it can be negative).

At the end, print a line with 10 dashes, followed by a list sorted by name of the profits of the players that did not left yet. Print also an error line for each incorrect operation, that is, entering the casino when the player is already inside, or leaving or winning money when the player has not entered yet.