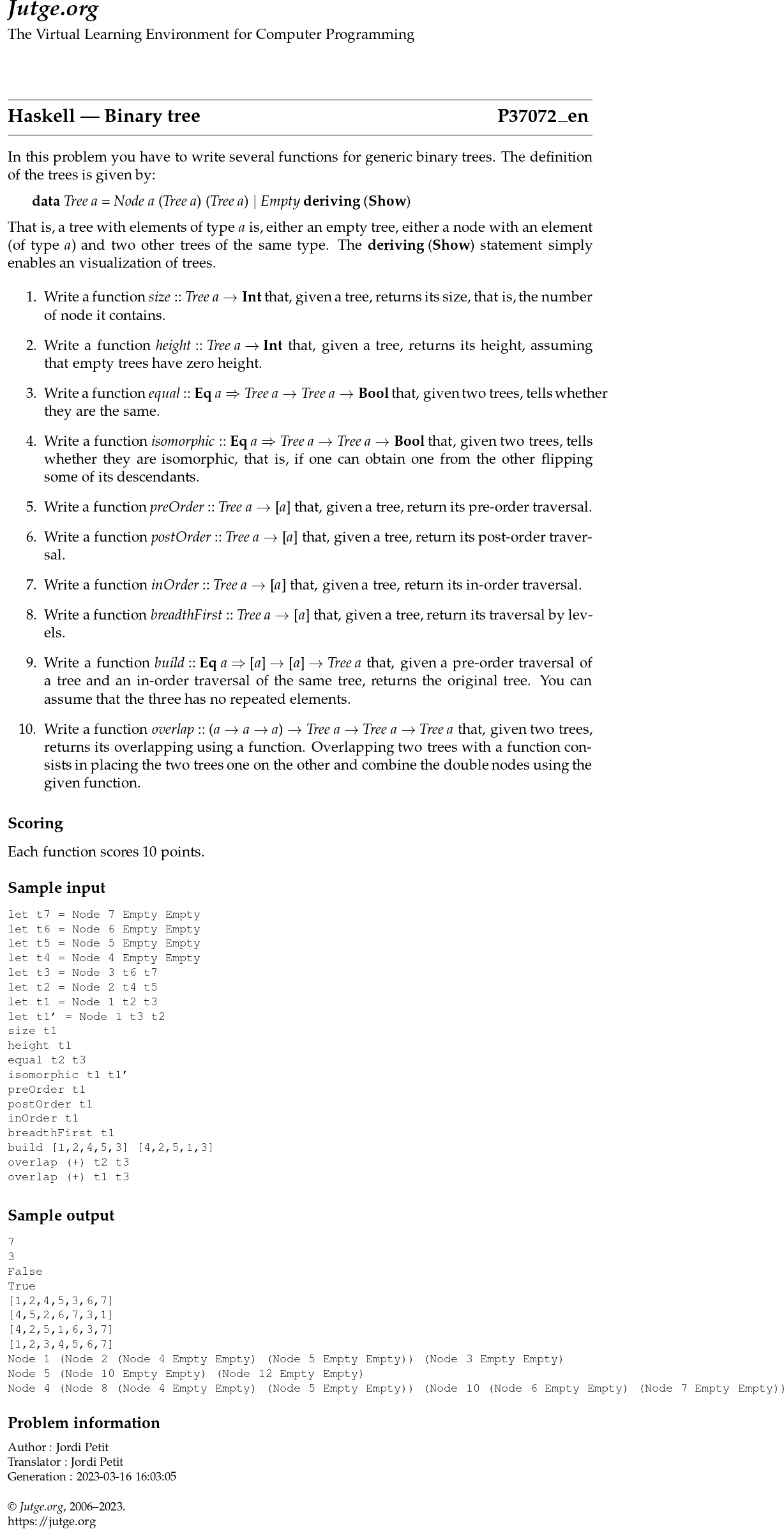 In this problem you have to write several functions for generic binary trees. The definition of the trees is given by:

That is, a tree with elements of type a is, either an empty tree, either a node with an element (of type a) and two other trees of the same type. The deriving (Show) statement simply enables an visualization of trees.