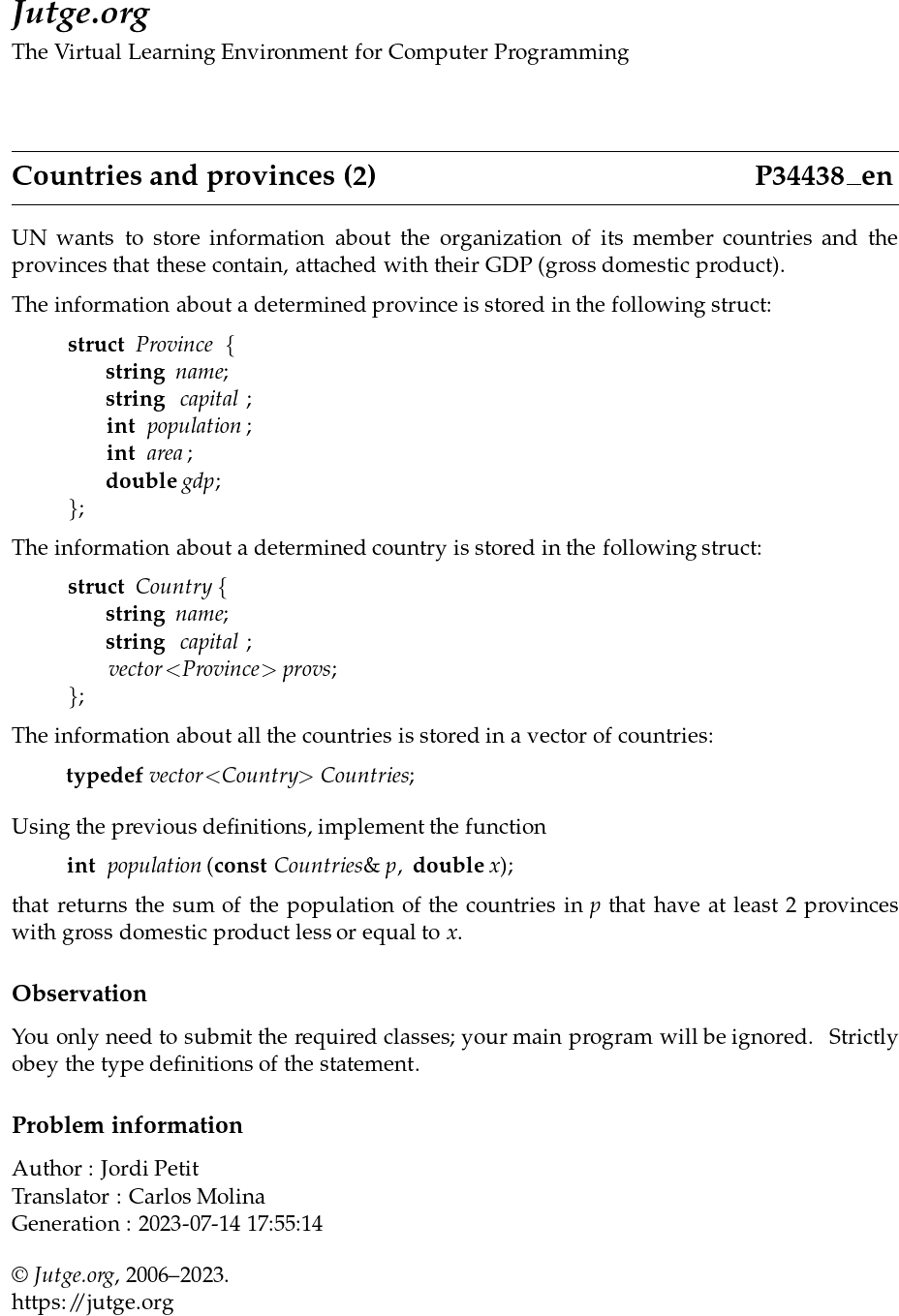 UN wants to store information about the organization of its member countries and the provinces that these contain, attached with their GDP (gross domestic product).

The information about a determined province is stored in the following struct:

The information about a determined country is stored in the following struct:

The information about all the countries is stored in a vector of countries:

that returns the sum of the population of the countries in p that have at least 2 provinces with gross domestic product less or equal to x.

Observation You only need to submit the required classes; your main program will be ignored. Strictly obey the type definitions of the statement.