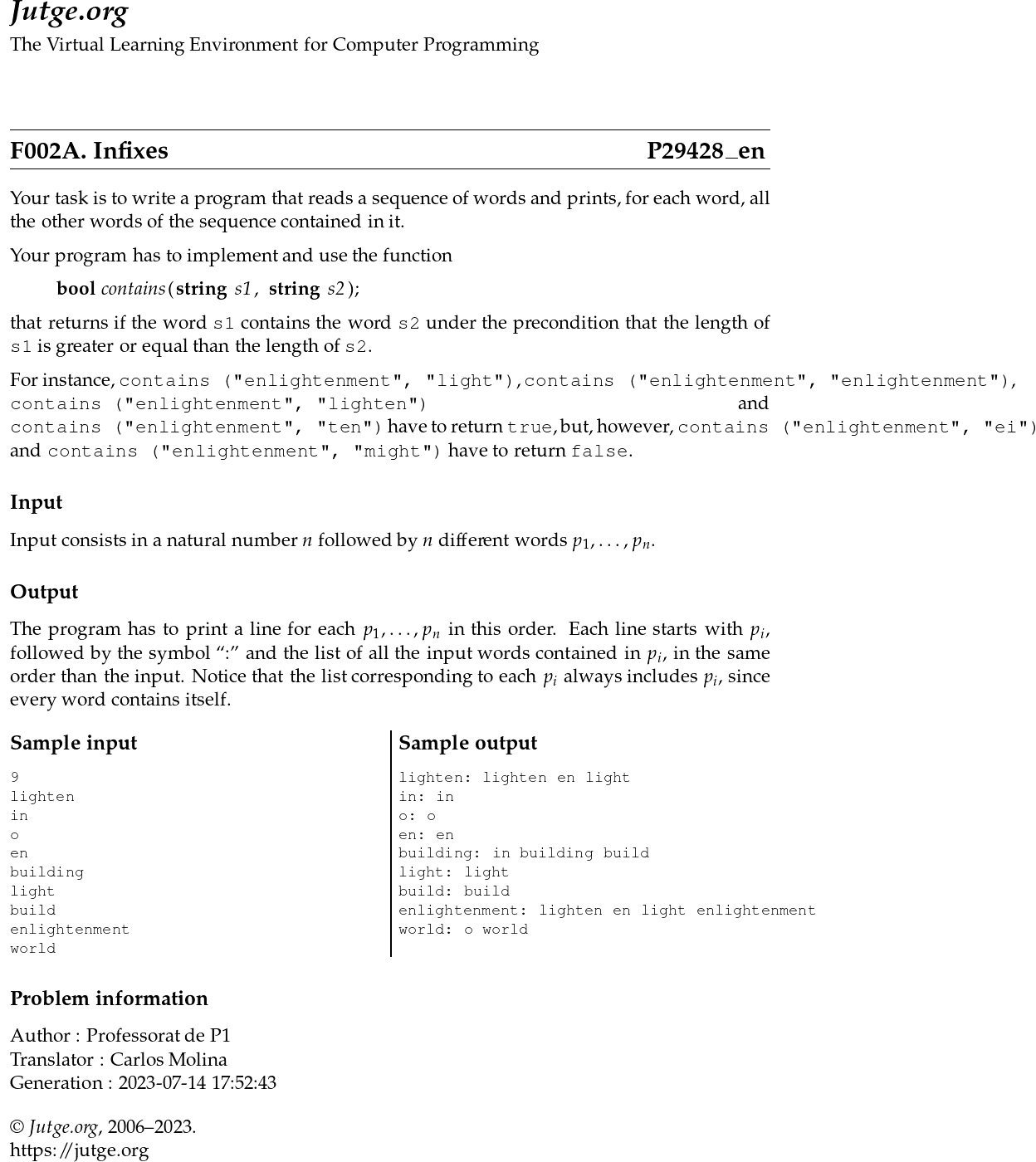 Your task is to write a program that reads a sequence of words and prints, for each word, all the other words of the sequence contained in it.

Your program has to implement and use the function

The program has to print a line for each p1,…,pn in this order. Each line starts with pi, followed by the symbol “:” and the list of all the input words contained in pi, in the same order than the input. Notice that the list corresponding to each pi always includes pi, since every word contains itself.