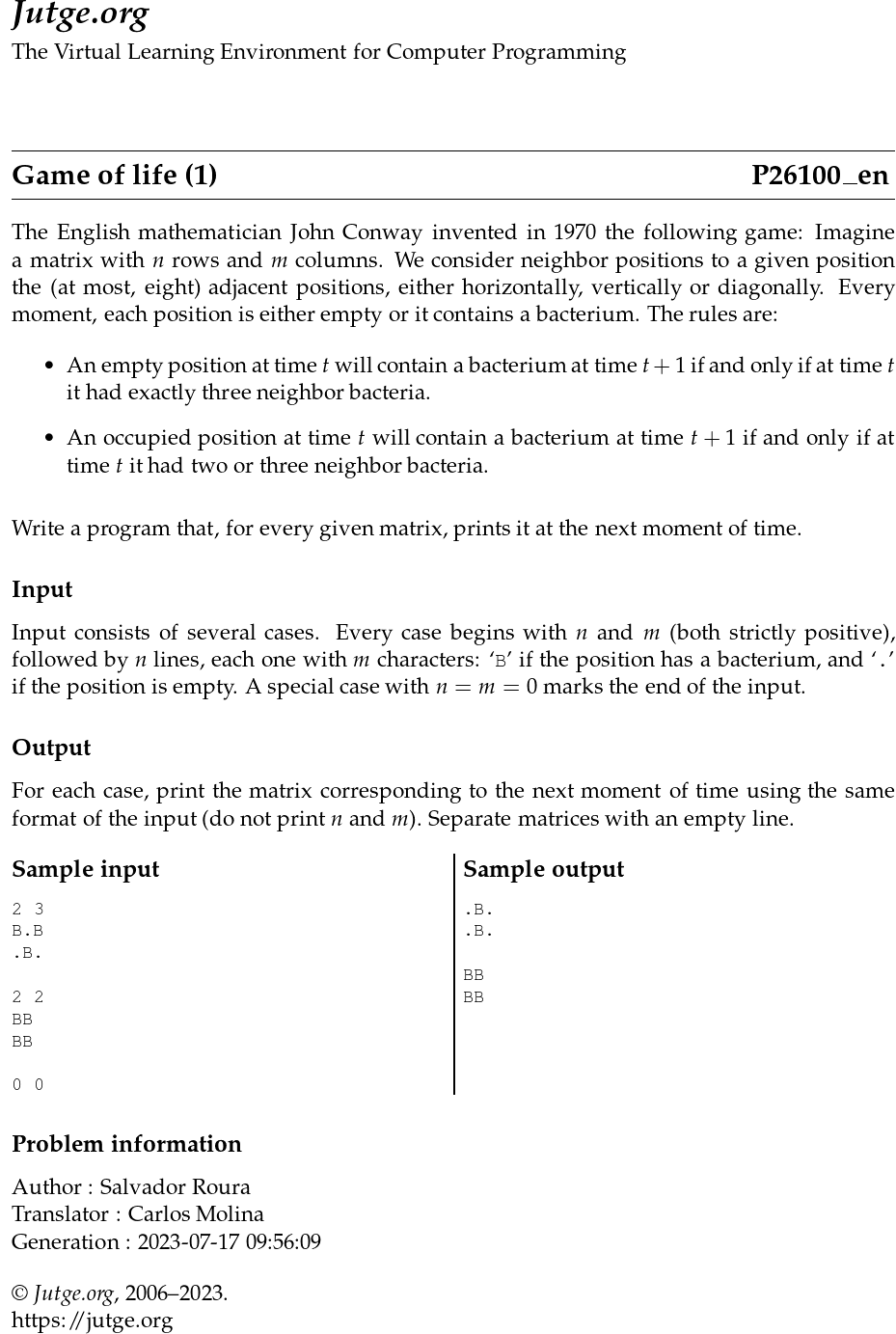 The English mathematician John Conway invented in 1970 the following game: Imagine a matrix with n rows and m columns. We consider neighbor positions to a given position the (at most, eight) adjacent positions, either horizontally, vertically or diagonally. Every moment, each position is either empty or it contains a bacterium. The rules are:

Write a program that, for every given matrix, prints it at the next moment of time.

Input consists of several cases. Every case begins with n and m (both strictly positive), followed by n lines, each one with m characters: ‘B’ if the position has a bacterium, and ‘.’ if the position is empty. A special case with n = m = 0 marks the end of the input.

For each case, print the matrix corresponding to the next moment of time using the same format of the input (do not print n and m). Separate matrices with an empty line.