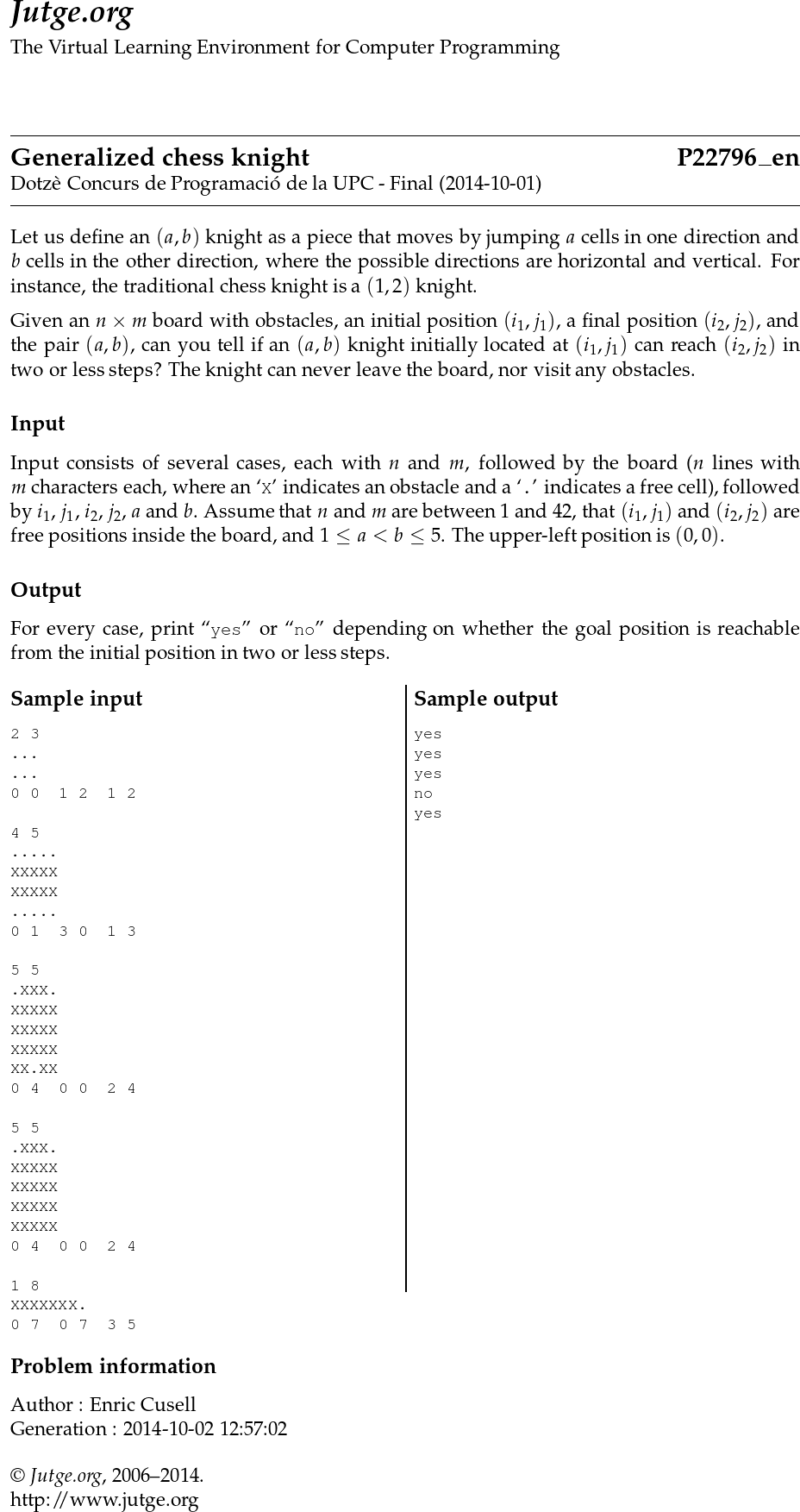 Let us define an (a, b) knight as a piece that moves by jumping a cells in one direction and b cells in the other direction, where the possible directions are horizontal and vertical. For instance, the traditional chess knight is a (1, 2) knight.

For every case, print “yes” or “no” depending on whether the goal position is reachable from the initial position in two or less steps.