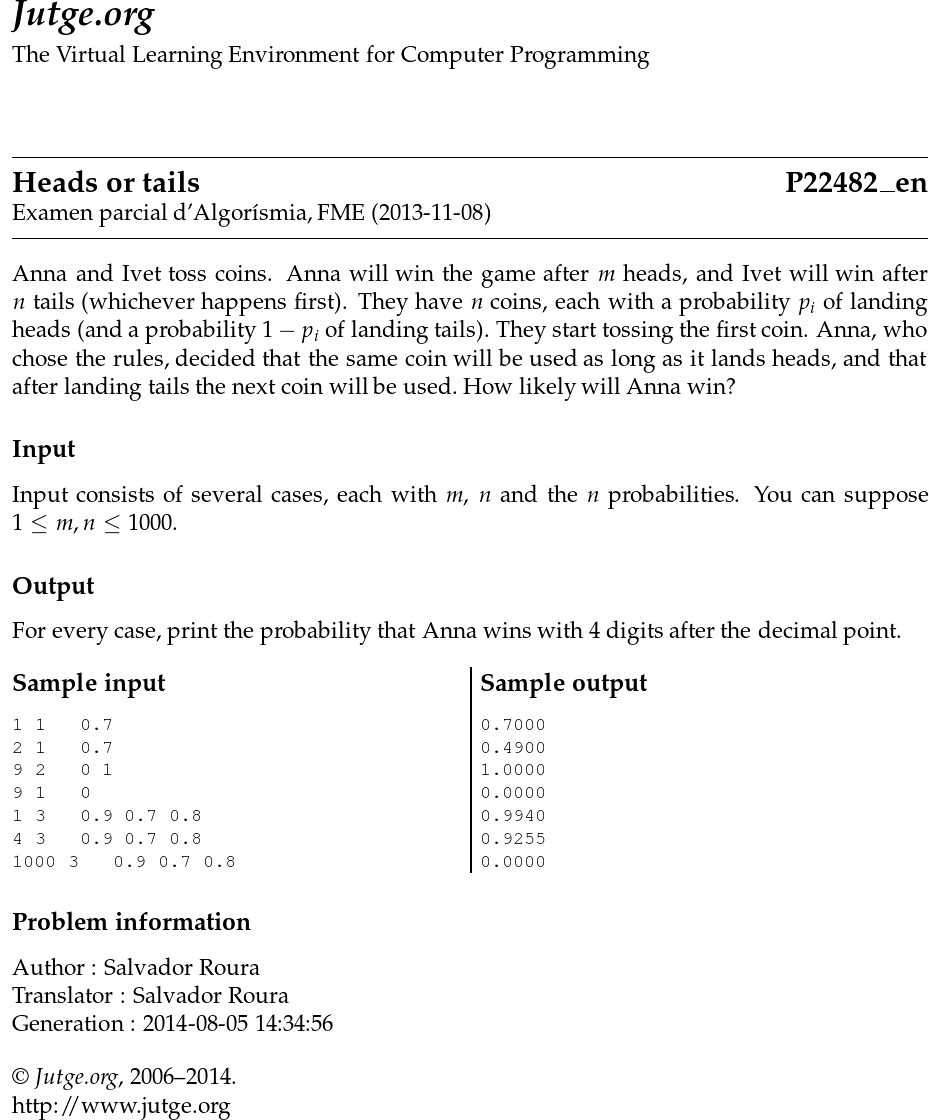 Anna and Ivet toss coins. Anna will win the game after m heads, and Ivet will win after n tails (whichever happens first). They have n coins, each with a probability pi of landing heads (and a probability 1 − pi of landing tails). They start tossing the first coin. Anna, who chose the rules, decided that the same coin will be used as long as it lands heads, and that after landing tails the next coin will be used. How likely will Anna win?

For every case, print the probability that Anna wins with 4 digits after the decimal point.