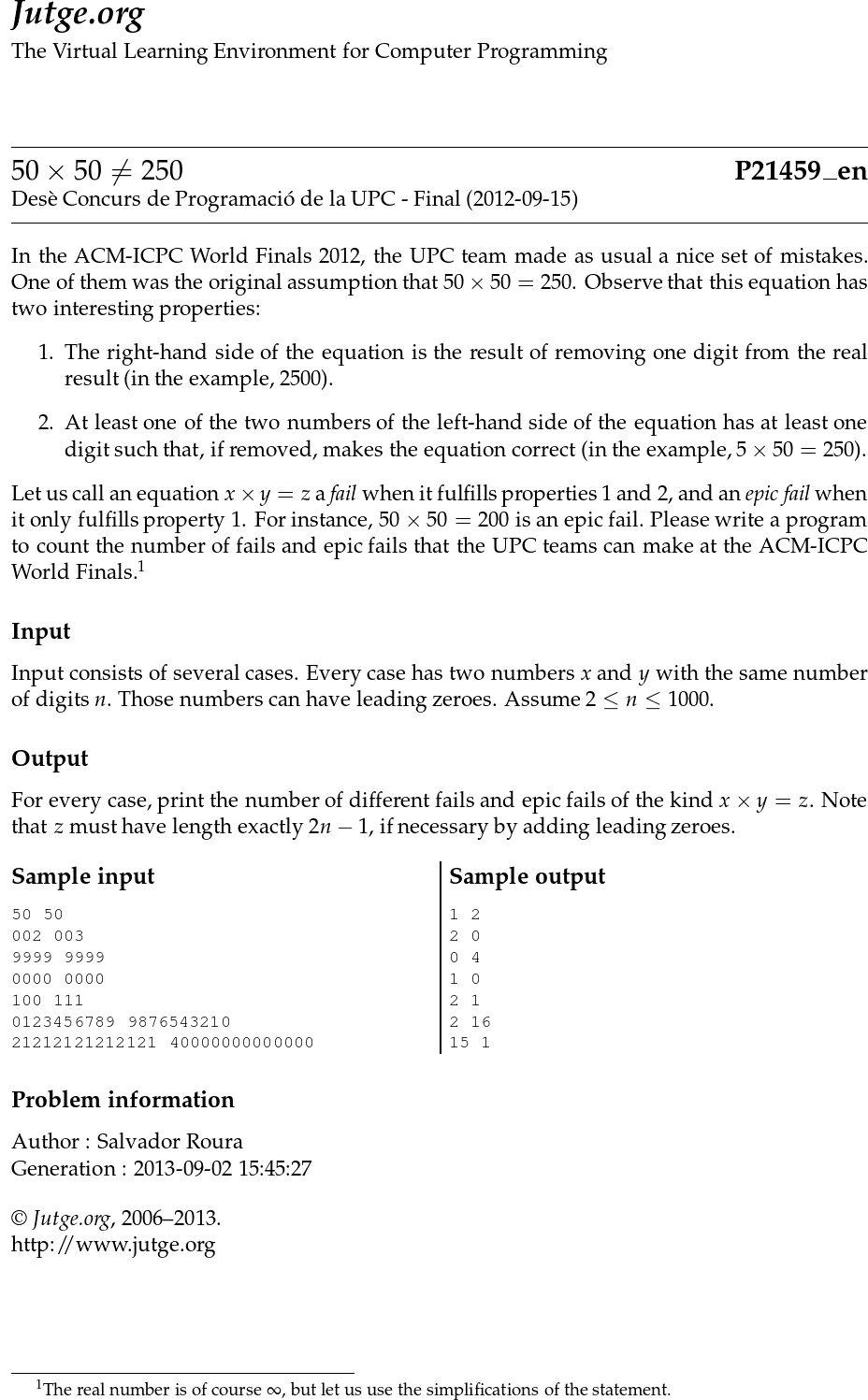 In the ACM-ICPC World Finals 2012, the UPC team made as usual a nice set of mistakes. One of them was the original assumption that 50 × 50 = 250. Observe that this equation has two interesting properties:

Let us call an equation x × y = z a fail when it fulfills properties 1 and 2, and an epic fail when it only fulfills property 1. For instance, 50 × 50 = 200 is an epic fail. Please write a program to count the number of fails and epic fails that the UPC teams can make at the ACM-ICPC World Finals. [Footnote: The real number is of course ∞, but let us use the simplifications of the statement. ]

Input consists of several cases. Every case has two numbers x and y with the same number of digits n. Those numbers can have leading zeroes. Assume 2 ≤ n ≤ 1000.

For every case, print the number of different fails and epic fails of the kind x × y = z. Note that z must have length exactly 2n − 1, if necessary by adding leading zeroes.