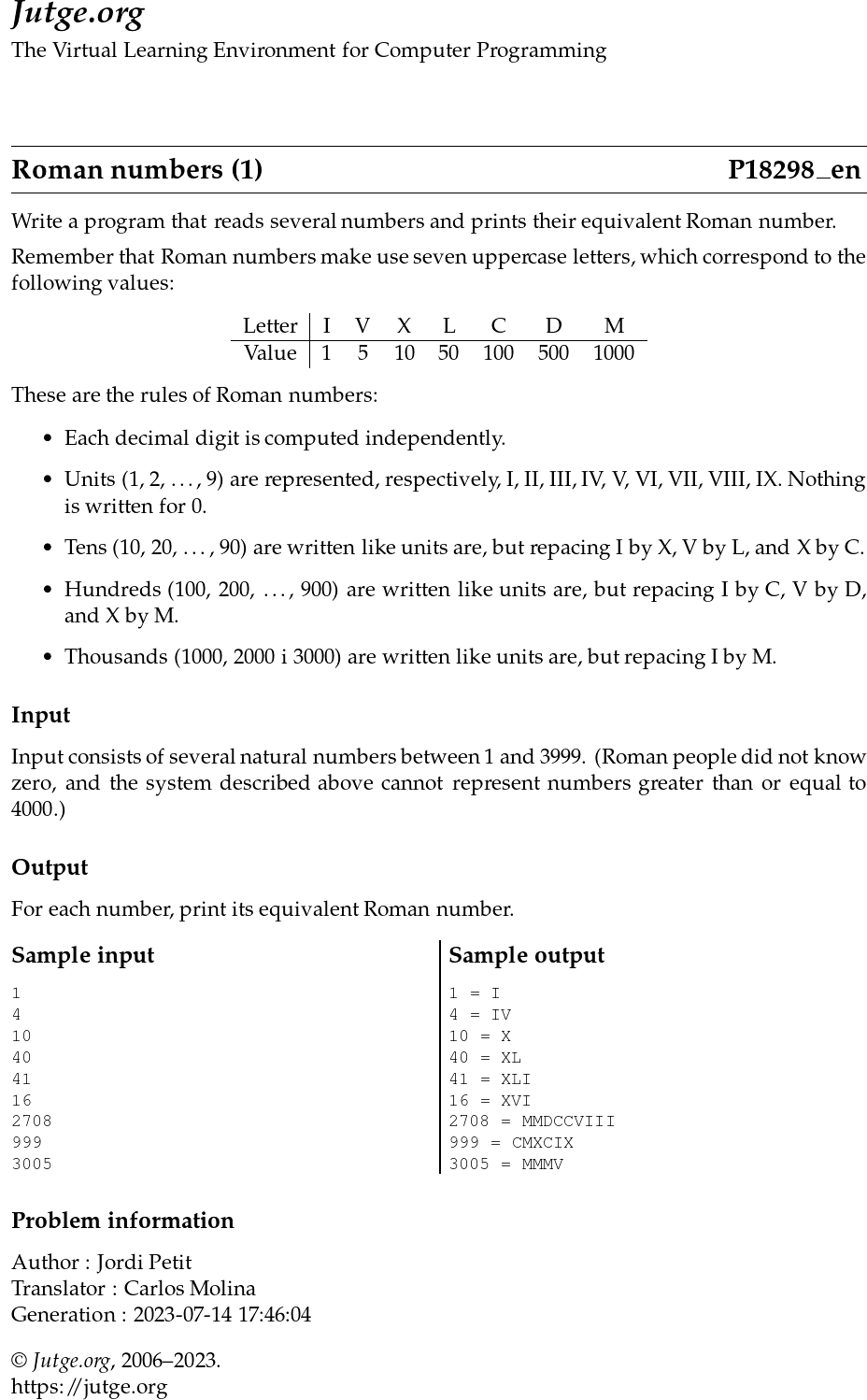 Write a program that reads several numbers and prints their equivalent Roman number.

Remember that Roman numbers make use seven uppercase letters, which correspond to the following values:

These are the rules of Roman numbers:

Input consists of several natural numbers between 1 and 3999. (Roman people did not know zero, and the system described above cannot represent numbers greater than or equal to 4000.)

For each number, print its equivalent Roman number.