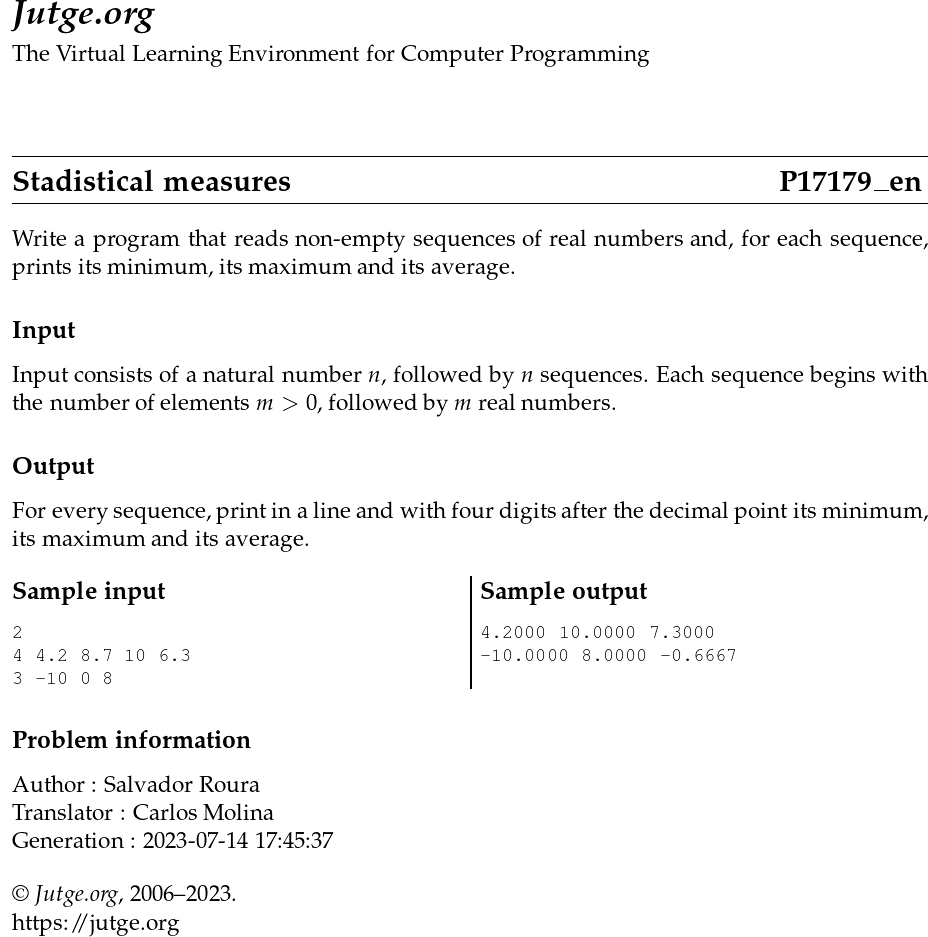 Write a program that reads non-empty sequences of real numbers and, for each sequence, prints its minimum, its maximum and its average.

Input consists of a natural number n, followed by n sequences. Each sequence begins with the number of elements m > 0, followed by m real numbers.

For every sequence, print in a line and with four digits after the decimal point its minimum, its maximum and its average.