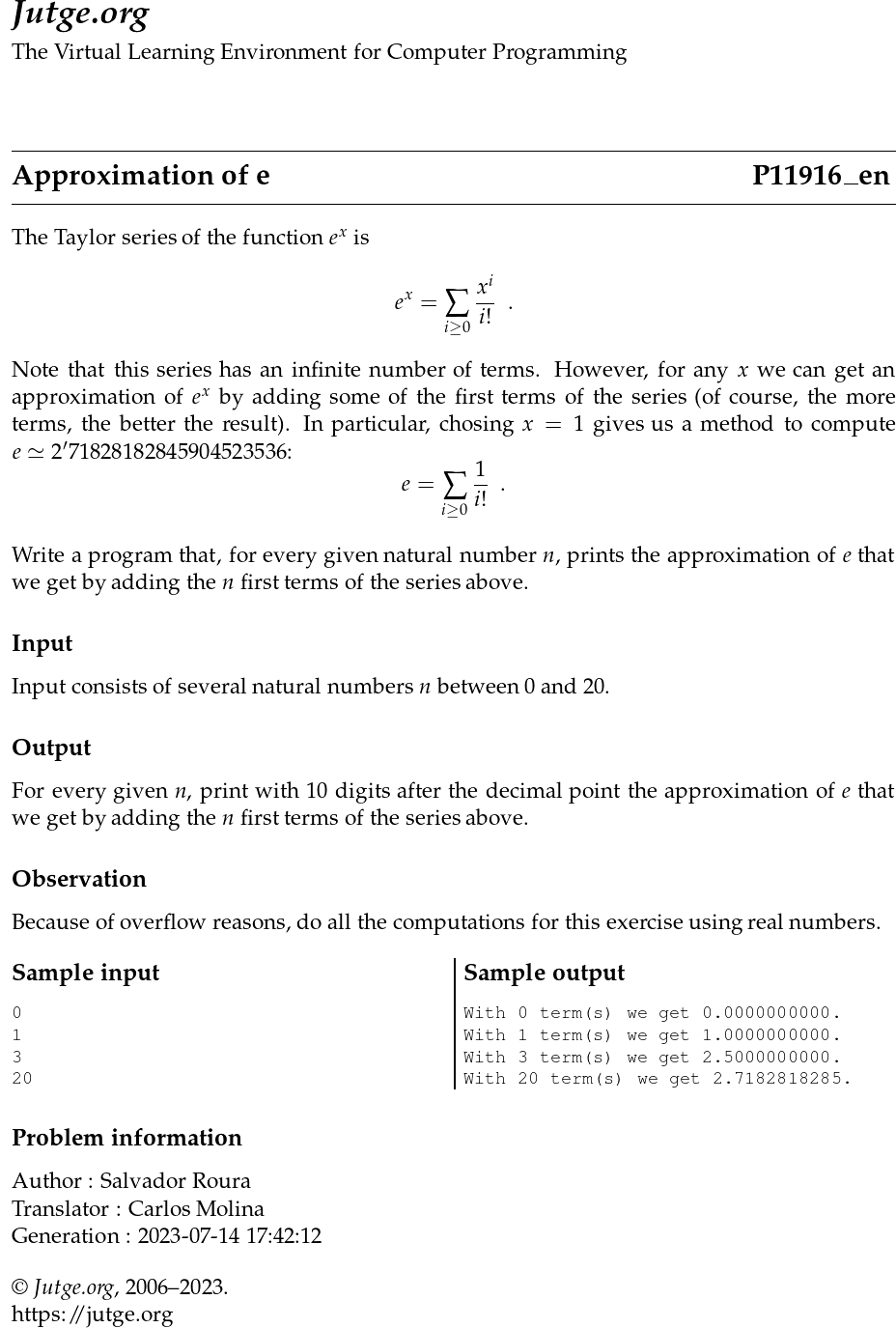 The Taylor series of the function ex is

Note that this series has an infinite number of terms. However, for any x we can get an approximation of ex by adding some of the first terms of the series (of course, the more terms, the better the result). In particular, chosing x = 1 gives us a method to compute e ≃ 2′71828182845904523536:

Write a program that, for every given natural number n, prints the approximation of e that we get by adding the n first terms of the series above.

Input consists of several natural numbers n between 0 and 20.

For every given n, print with 10 digits after the decimal point the approximation of e that we get by adding the n first terms of the series above.

Because of overflow reasons, do all the computations for this exercise using real numbers.