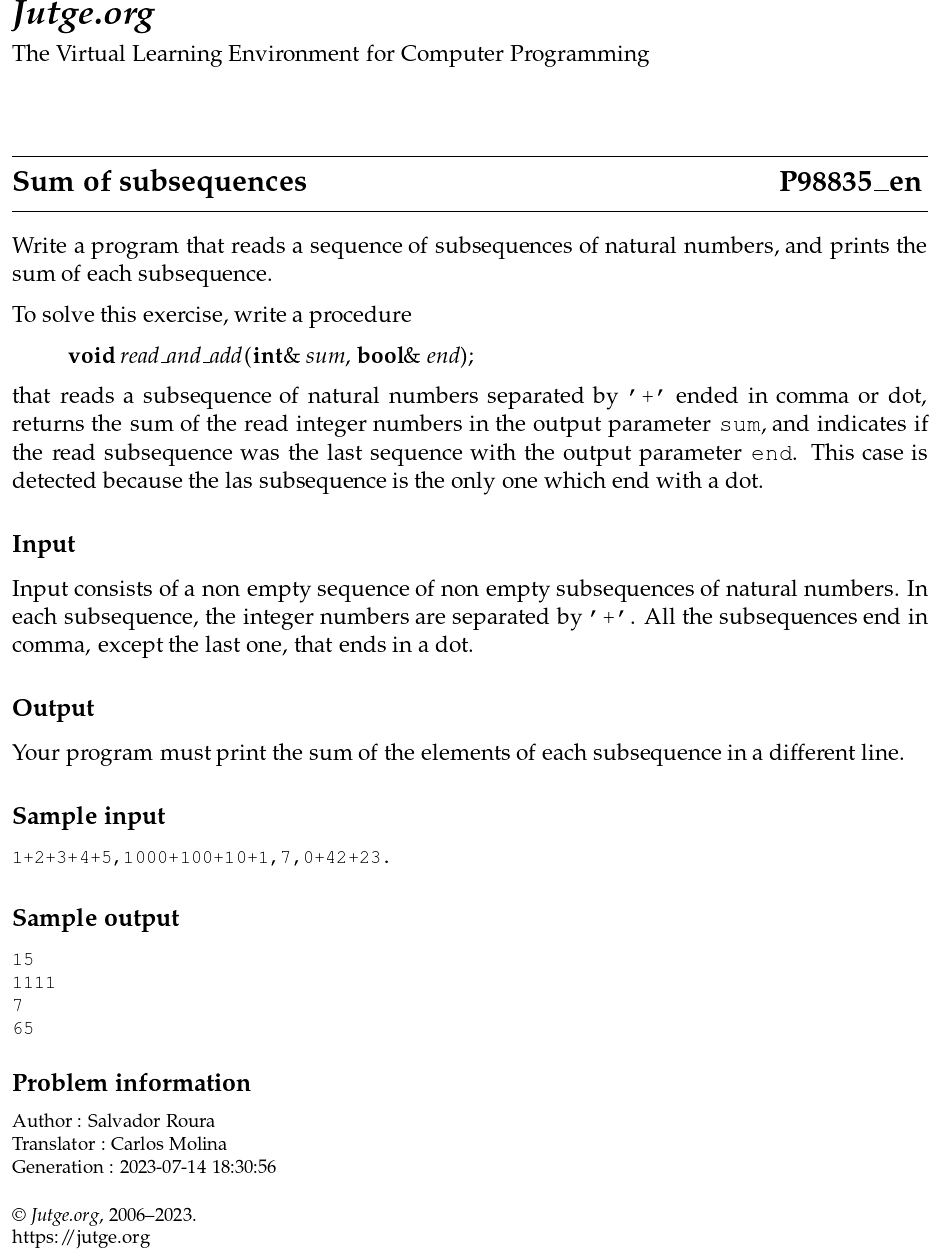 Write a program that reads a sequence of subsequences of natural numbers, and prints the sum of each subsequence.

To solve this exercise, write a procedure

Input consists of a non empty sequence of non empty subsequences of natural numbers. In each subsequence, the integer numbers are separated by |’+’|. All the subsequences end in comma, except the last one, that ends in a dot.

Your program must print the sum of the elements of each subsequence in a different line.