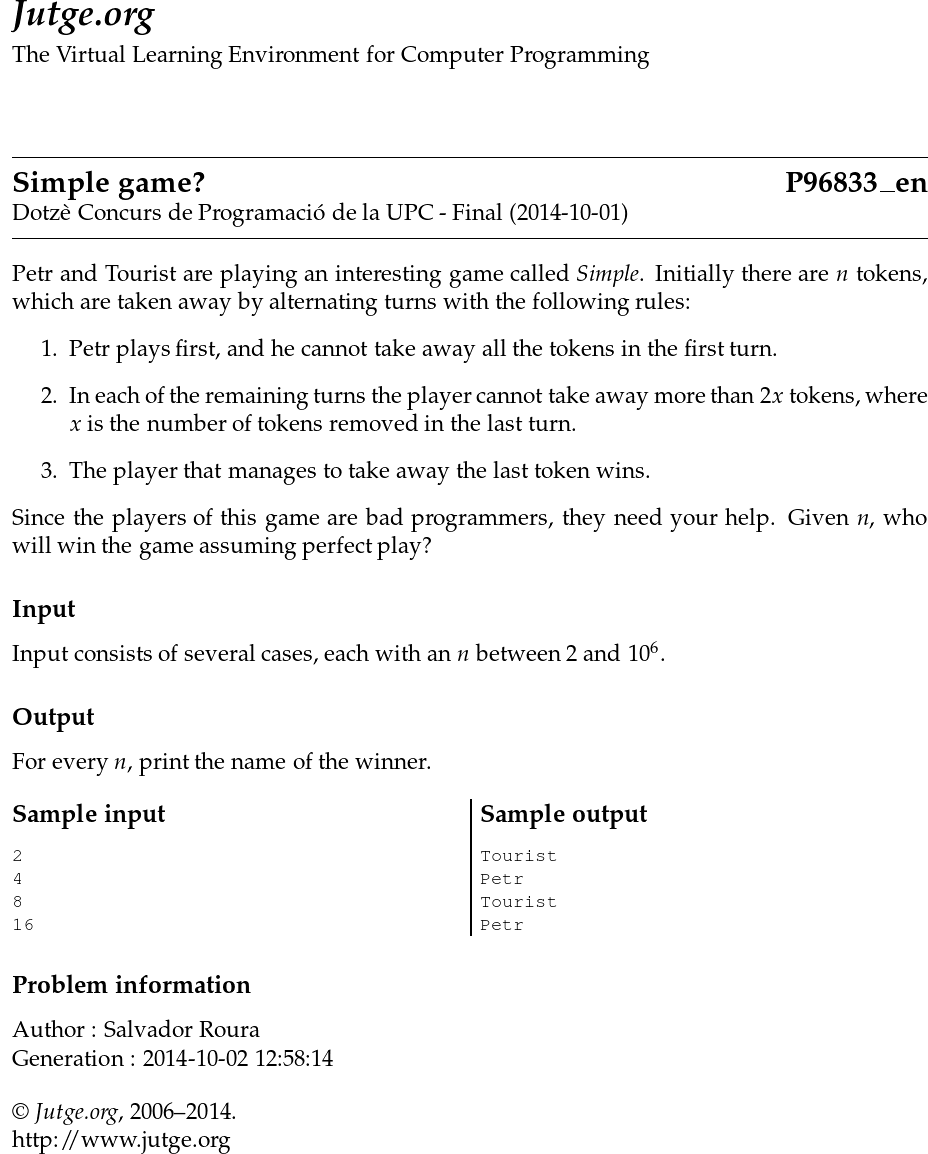 Petr and Tourist are playing an interesting game called Simple. Initially there are n tokens, which are taken away by alternating turns with the following rules:

Since the players of this game are bad programmers, they need your help. Given n, who will win the game assuming perfect play?

Input consists of several cases, each with an n between 2 and 106.

For every n, print the name of the winner.