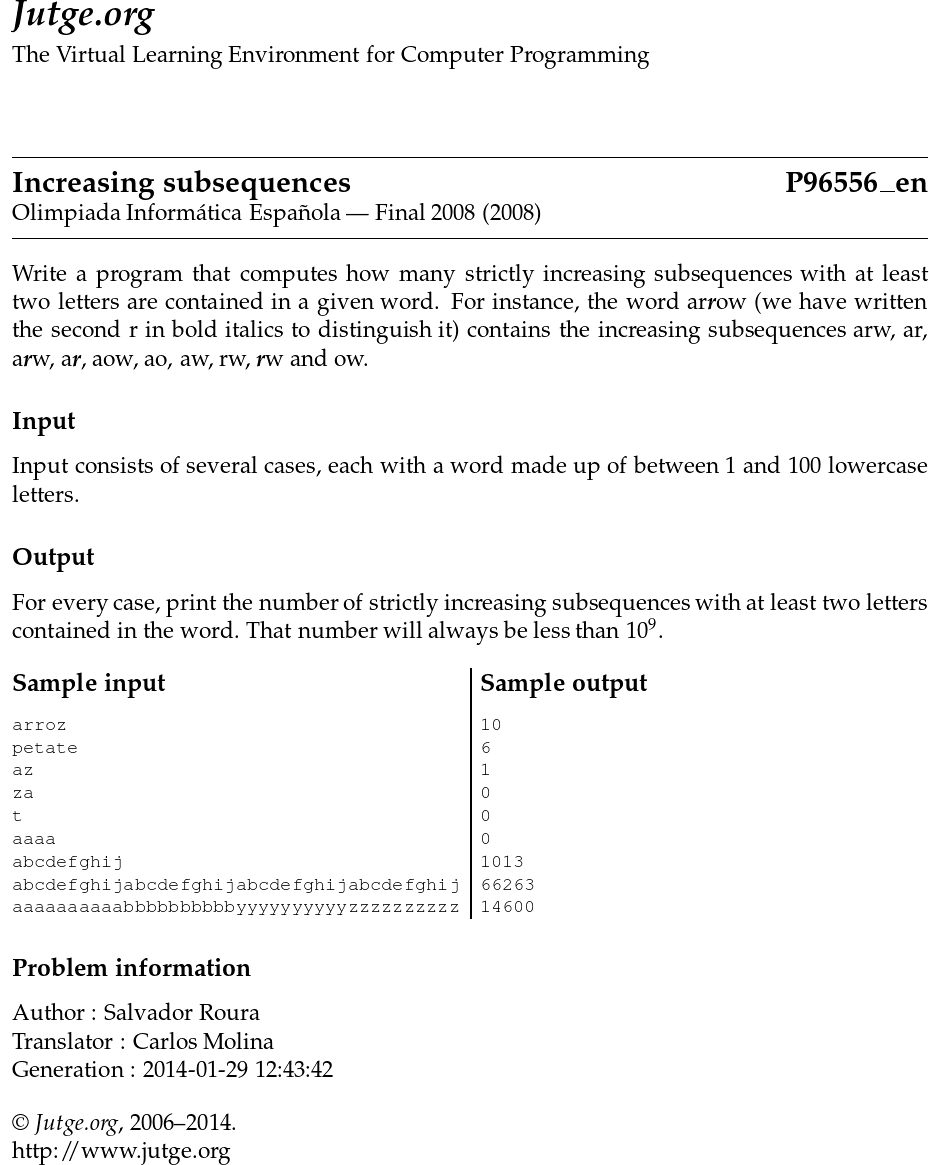 Input consists of several cases, each with a word made up of between 1 and 100 lowercase letters.

For every case, print the number of strictly increasing subsequences with at least two letters contained in the word. That number will always be less than 109.