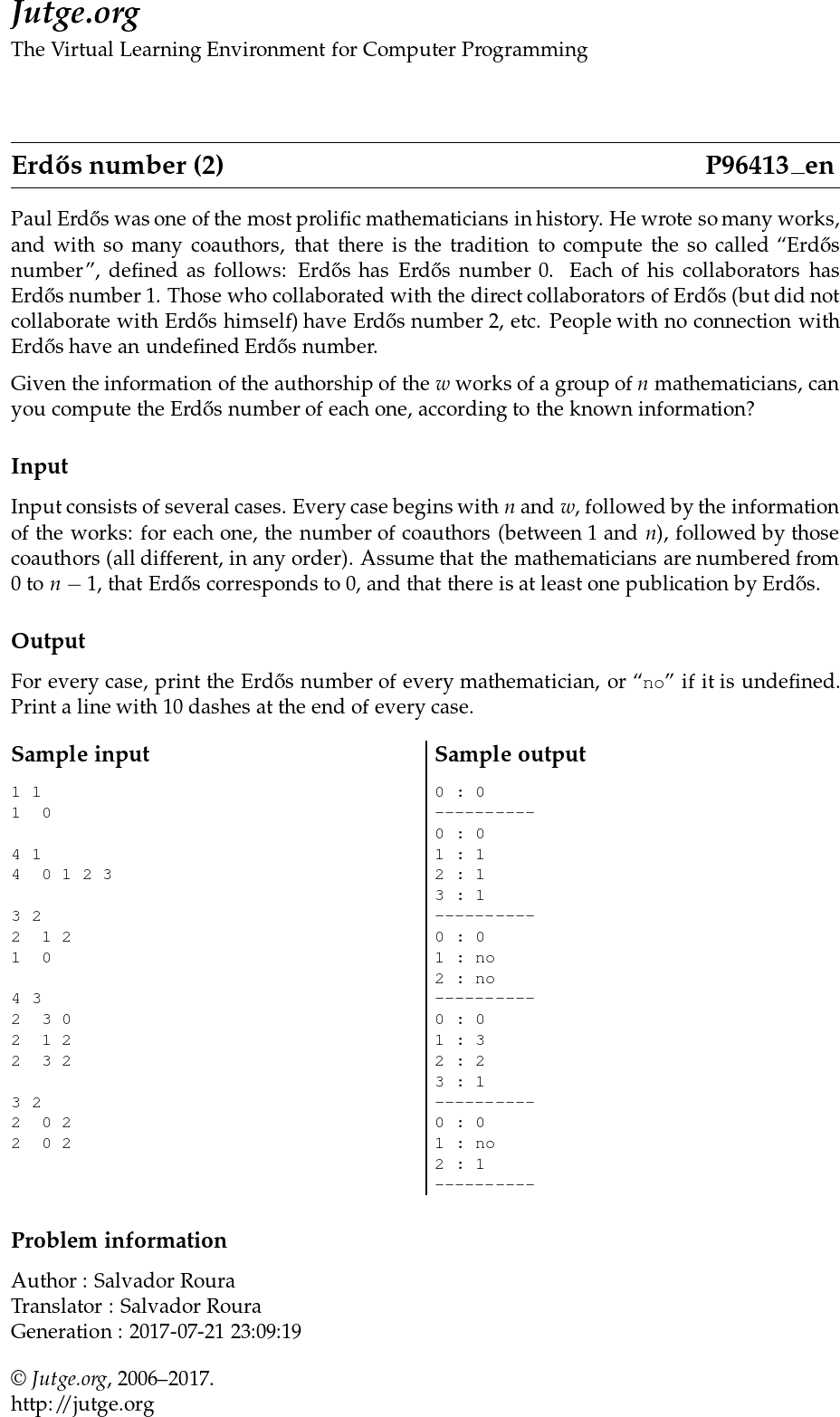 Given the information of the authorship of the w works of a group of n mathematicians, can you compute the Erdős number of each one, according to the known information?

Input consists of several cases. Every case begins with n and w, followed by the information of the works: for each one, the number of coauthors (between 1 and n), followed by those coauthors (all different, in any order). Assume that the mathematicians are numbered from 0 to n − 1, that Erdős corresponds to 0, and that there is at least one publication by Erdős.

For every case, print the Erdős number of every mathematician, or “no” if it is undefined. Print a line with 10 dashes at the end of every case.