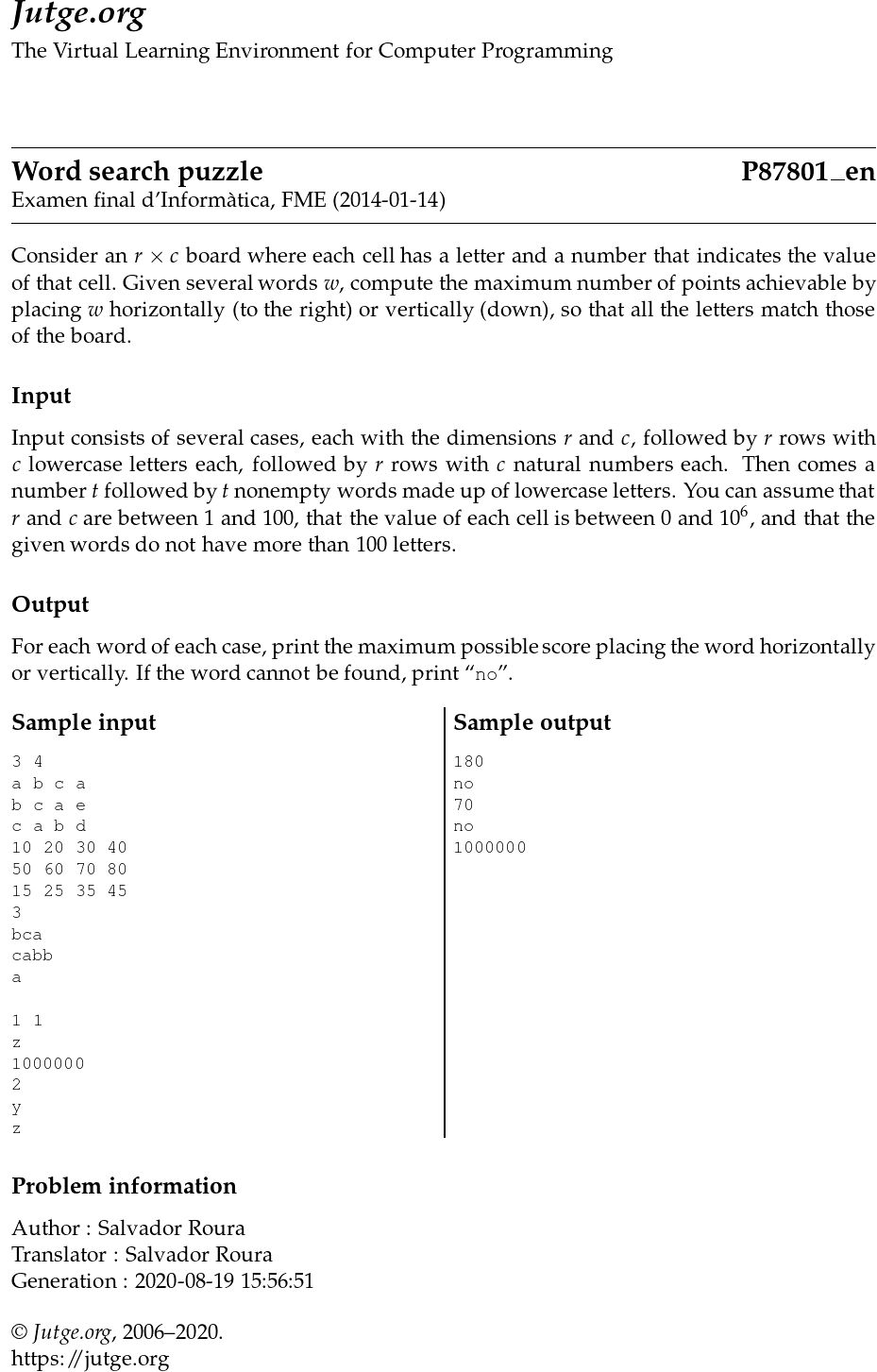 Consider an r × c board where each cell has a letter and a number that indicates the value of that cell. Given several words w, compute the maximum number of points achievable by placing w horizontally (to the right) or vertically (down), so that all the letters match those of the board.

For each word of each case, print the maximum possible score placing the word horizontally or vertically. If the word cannot be found, print “no”.