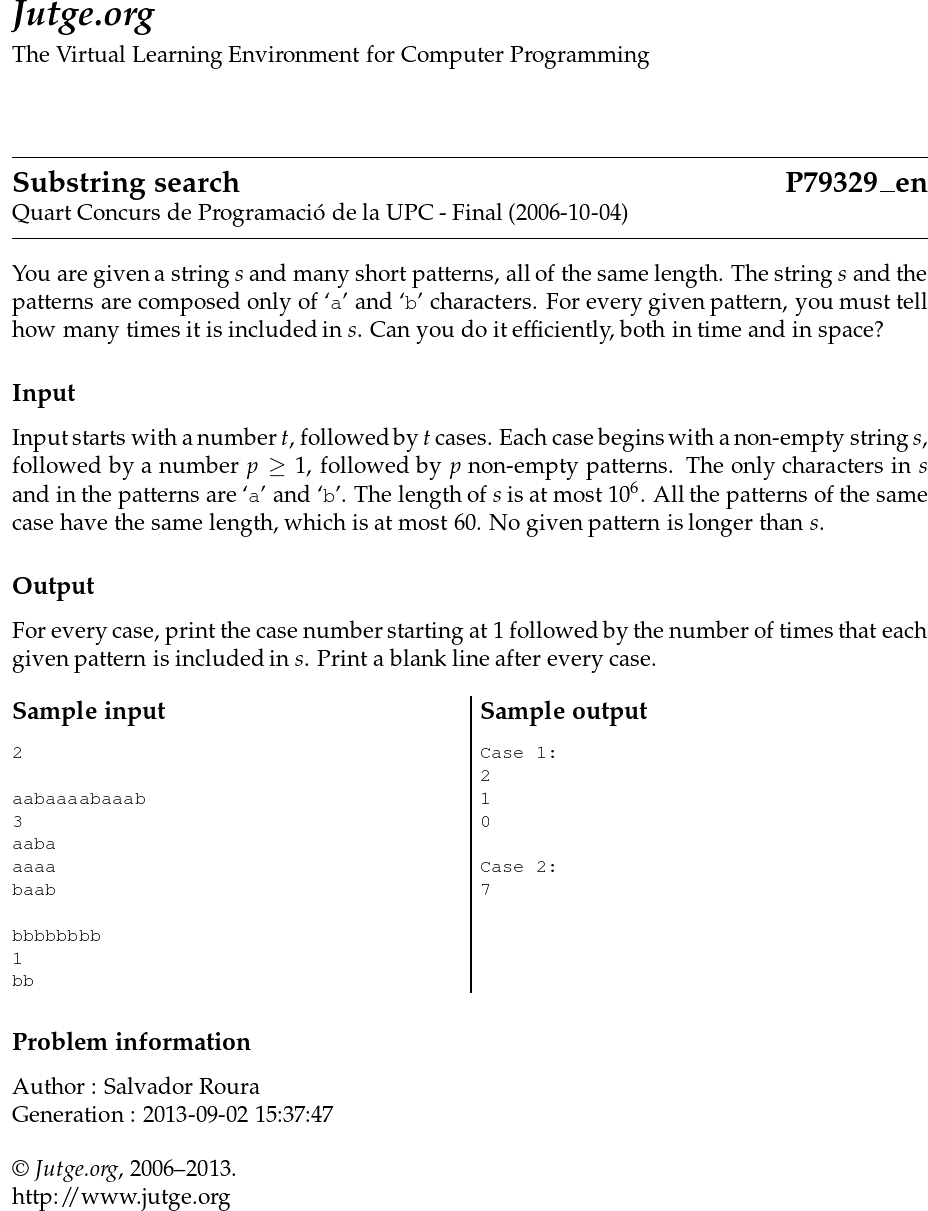 You are given a string s and many short patterns, all of the same length. The string s and the patterns are composed only of ‘a’ and ‘b’ characters. For every given pattern, you must tell how many times it is included in s. Can you do it efficiently, both in time and in space?

For every case, print the case number starting at 1 followed by the number of times that each given pattern is included in s. Print a blank line after every case.