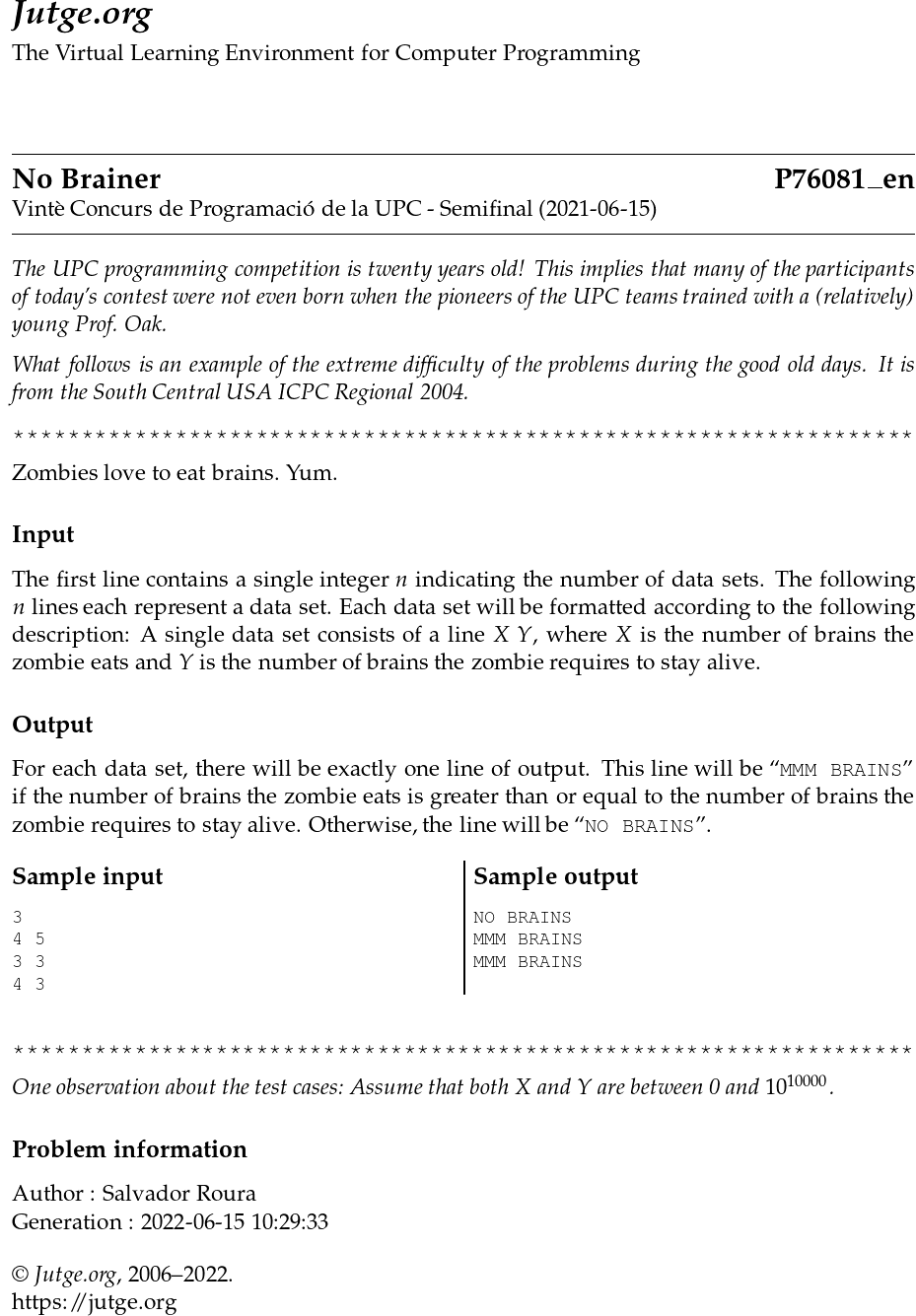 The UPC programming competition is twenty years old! This implies that many of the participants of today’s contest were not even born when the pioneers of the UPC teams trained with a (relatively) young Prof. Oak.

What follows is an example of the extreme difficulty of the problems during the good old days. It is from the South Central USA ICPC Regional 2004.

One observation about the test cases: Assume that both X and Y are between 0 and 1010000.