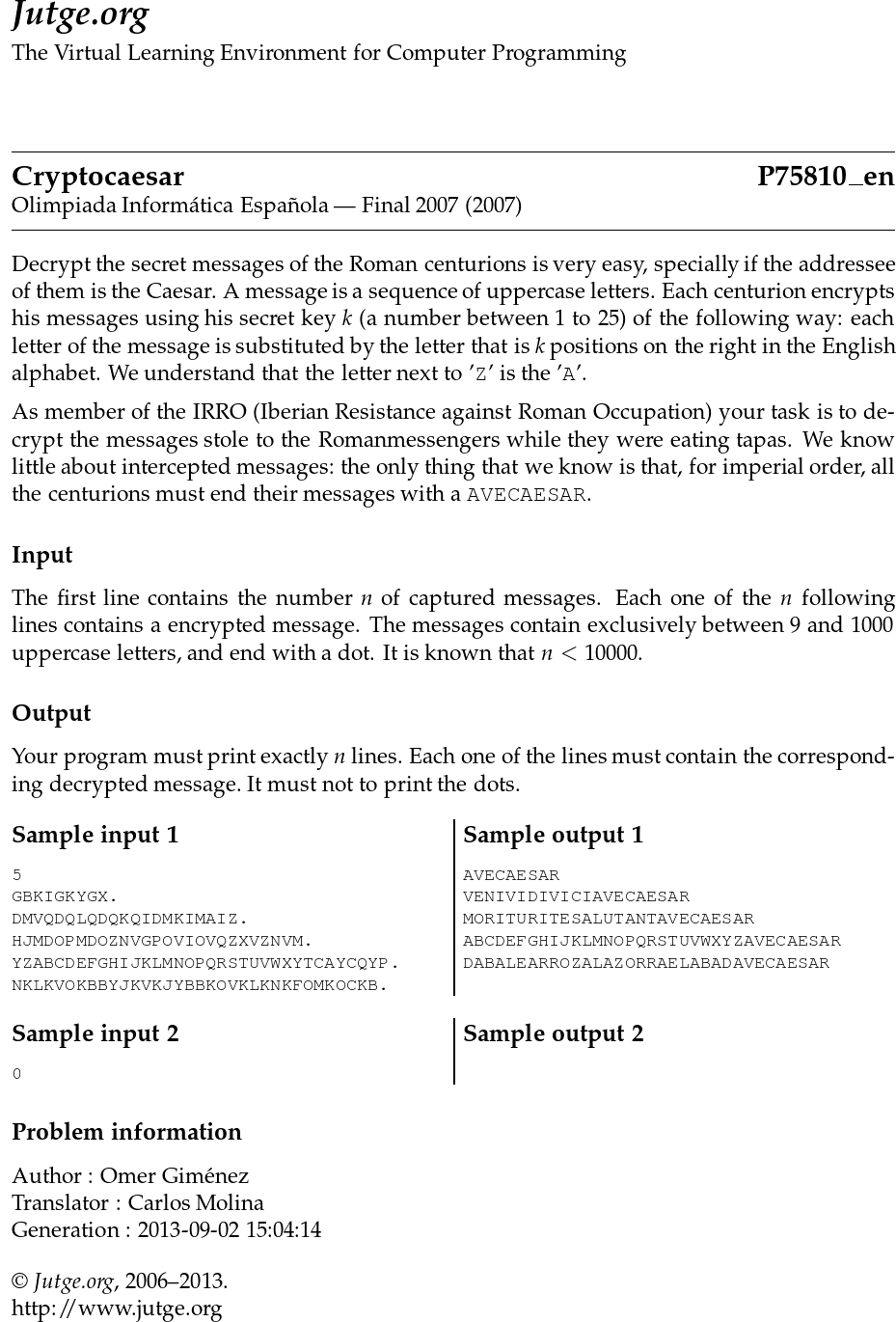 Decrypt the secret messages of the Roman centurions is very easy, specially if the addressee of them is the Caesar. A message is a sequence of uppercase letters. Each centurion encrypts his messages using his secret key k (a number between 1 to 25) of the following way: each letter of the message is substituted by the letter that is k positions on the right in the English alphabet. We understand that the letter next to ’Z’ is the ’A’.

As member of the IRRO (Iberian Resistance against Roman Occupation) your task is to decrypt the messages stole to the Romanmessengers while they were eating tapas. We know little about intercepted messages: the only thing that we know is that, for imperial order, all the centurions must end their messages with a AVECAESAR.

The first line contains the number n of captured messages. Each one of the n following lines contains a encrypted message. The messages contain exclusively between 9 and 1000 uppercase letters, and end with a dot. It is known that n < 10000.

Your program must print exactly n lines. Each one of the lines must contain the corresponding decrypted message. It must not to print the dots.