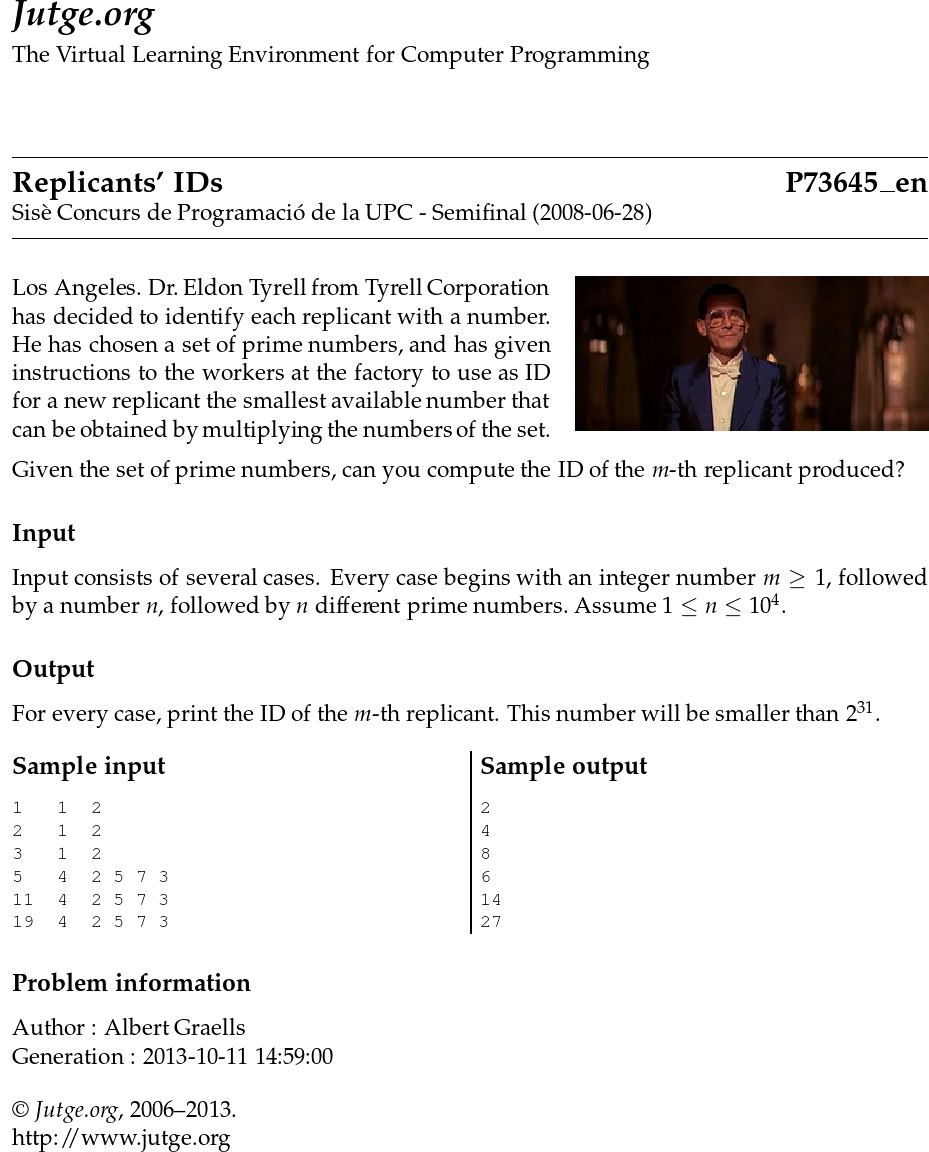 Los Angeles. Dr. Eldon Tyrell from Tyrell Corporation has decided to identify each replicant with a number. He has chosen a set of prime numbers, and has given instructions to the workers at the factory to use as ID for a new replicant the smallest available number that can be obtained by multiplying the numbers of the set.

Given the set of prime numbers, can you compute the ID of the m-th replicant produced?

For every case, print the ID of the m-th replicant. This number will be smaller than 231.