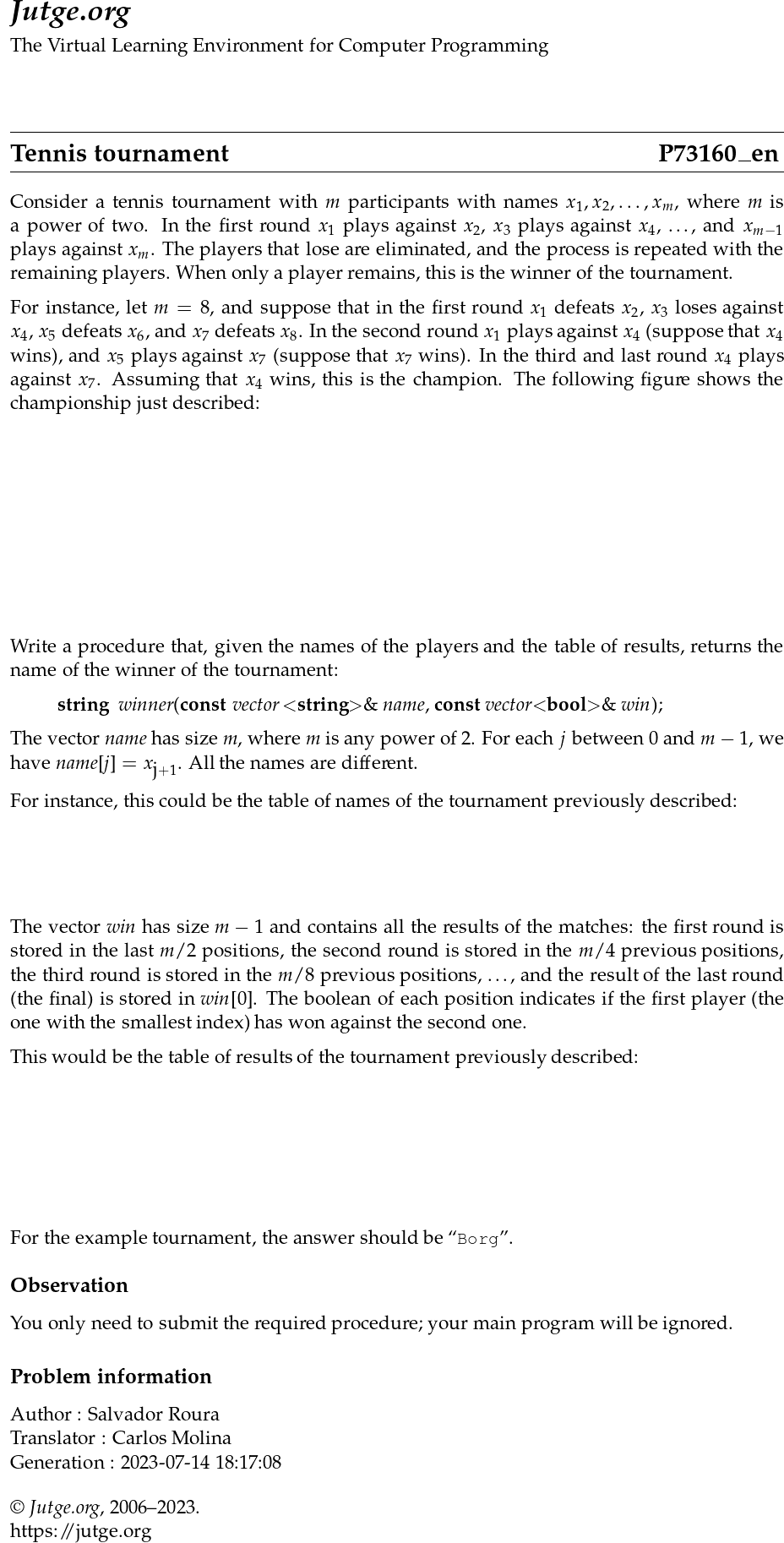 Consider a tennis tournament with m participants with names x1, x2, …, xm, where m is a power of two. In the first round x1 plays against x2, x3 plays against x4, …, and xm − 1 plays against xm. The players that lose are eliminated, and the process is repeated with the remaining players. When only a player remains, this is the winner of the tournament.

Write a procedure that, given the names of the players and the table of results, returns the name of the winner of the tournament:

For instance, this could be the table of names of the tournament previously described:

This would be the table of results of the tournament previously described:

For the example tournament, the answer should be “Borg”.

Observation You only need to submit the required procedure; your main program will be ignored.