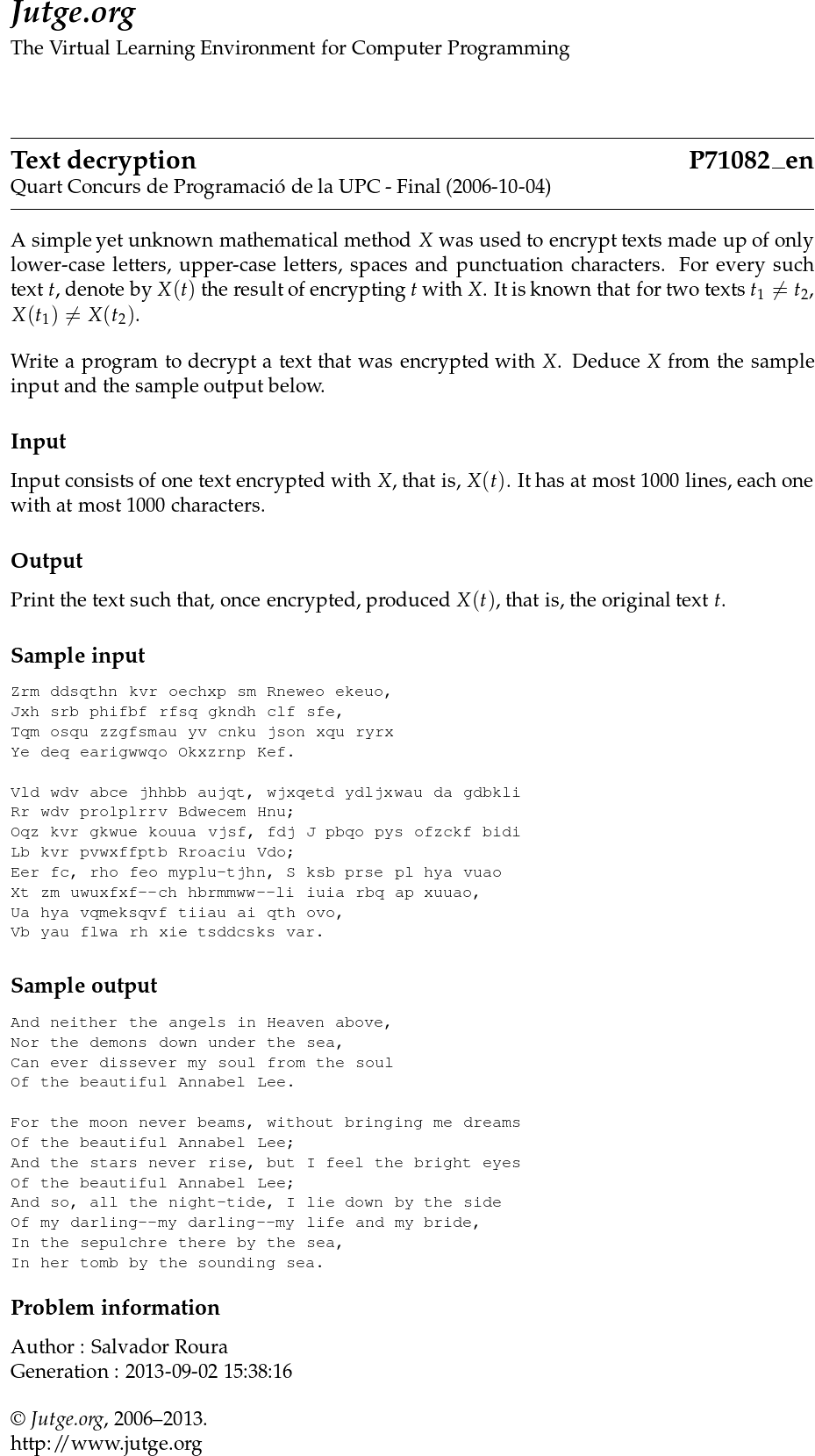 A simple yet unknown mathematical method X was used to encrypt texts made up of only lower-case letters, upper-case letters, spaces and punctuation characters. For every such text t, denote by X(t) the result of encrypting t with X. It is known that for two texts t1 ≠ t2, X(t1) ≠ X(t2).

Write a program to decrypt a text that was encrypted with X. Deduce X from the sample input and the sample output below.

Print the text such that, once encrypted, produced X(t), that is, the original text t.