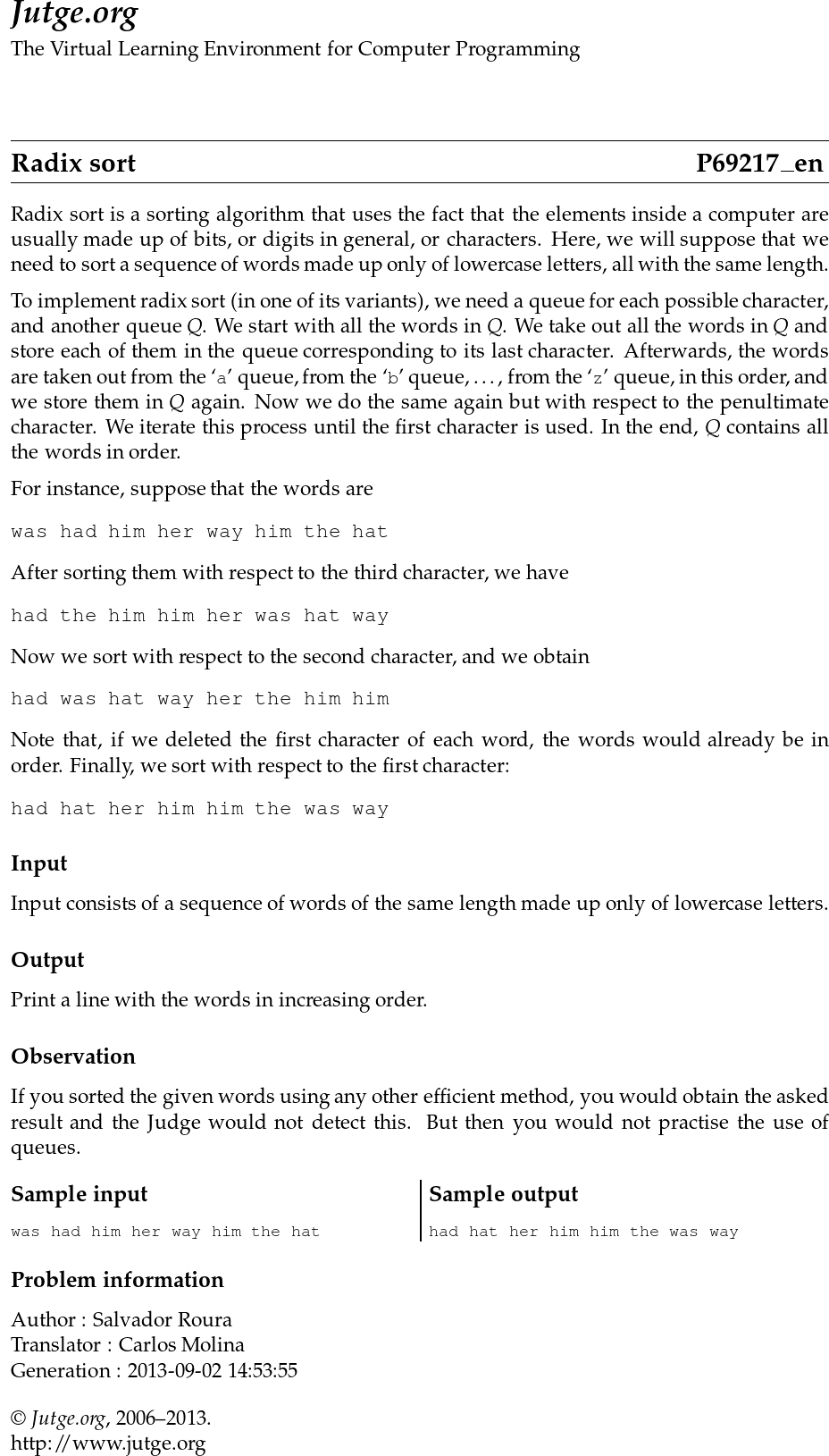 Radix sort is a sorting algorithm that uses the fact that the elements inside a computer are usually made up of bits, or digits in general, or characters. Here, we will suppose that we need to sort a sequence of words made up only of lowercase letters, all with the same length.

To implement radix sort (in one of its variants), we need a queue for each possible character, and another queue Q. We start with all the words in Q. We take out all the words in Q and store each of them in the queue corresponding to its last character. Afterwards, the words are taken out from the ‘a’ queue, from the ‘b’ queue, …, from the ‘z’ queue, in this order, and we store them in Q again. Now we do the same again but with respect to the penultimate character. We iterate this process until the first character is used. In the end, Q contains all the words in order.

For instance, suppose that the words are

After sorting them with respect to the third character, we have

Now we sort with respect to the second character, and we obtain

Input consists of a sequence of words of the same length made up only of lowercase letters.

Print a line with the words in increasing order.

If you sorted the given words using any other efficient method, you would obtain the asked result and the Judge would not detect this. But then you would not practise the use of queues.