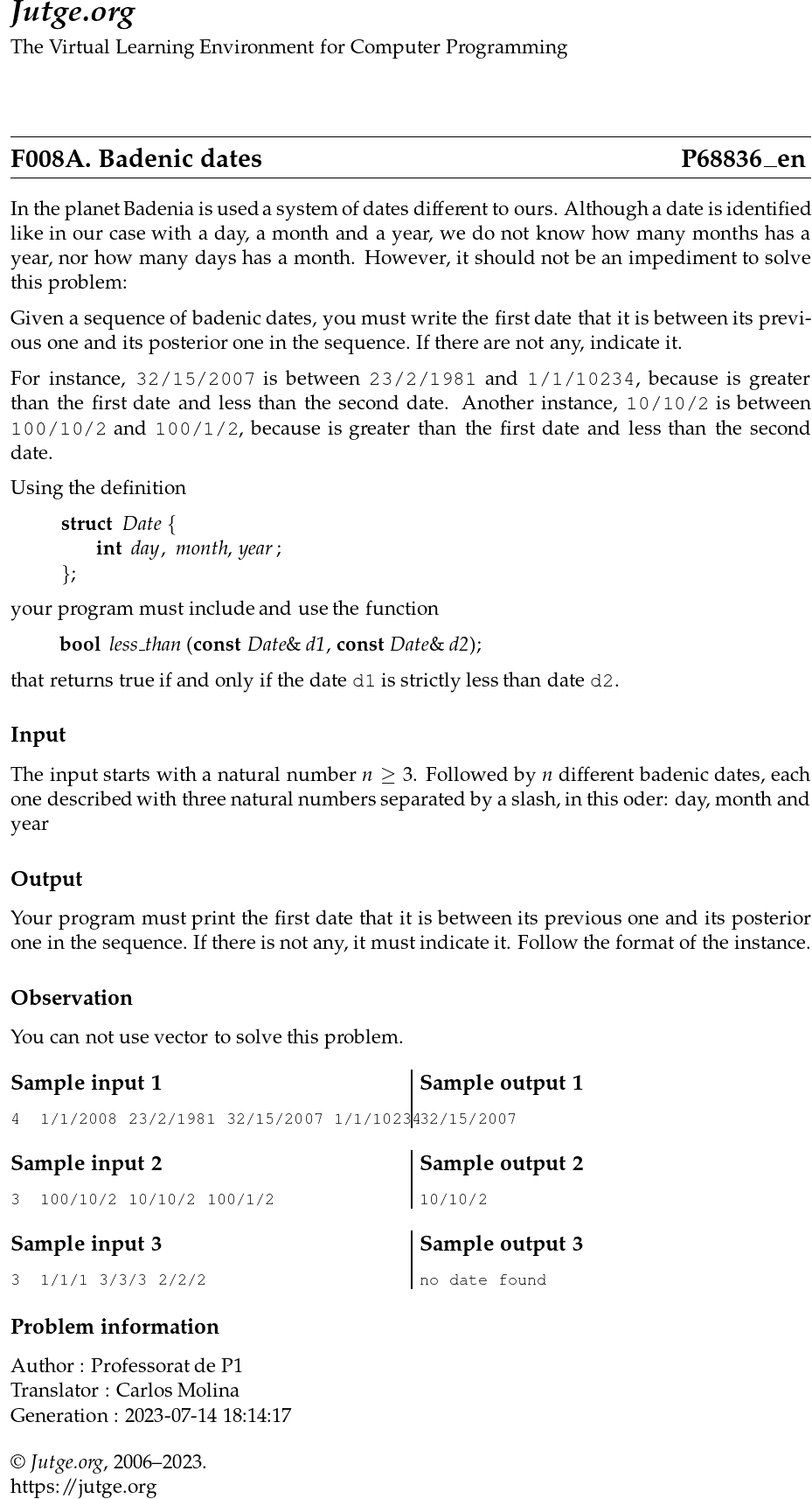 In the planet Badenia is used a system of dates different to ours. Although a date is identified like in our case with a day, a month and a year, we do not know how many months has a year, nor how many days has a month. However, it should not be an impediment to solve this problem:

Given a sequence of badenic dates, you must write the first date that it is between its previous one and its posterior one in the sequence. If there are not any, indicate it.

your program must include and use the function

that returns true if and only if the date |d1| is strictly less than date |d2|.

The input starts with a natural number n ≥ 3. Followed by n different badenic dates, each one described with three natural numbers separated by a slash, in this oder: day, month and year

Your program must print the first date that it is between its previous one and its posterior one in the sequence. If there is not any, it must indicate it. Follow the format of the instance.

You can not use vector to solve this problem.