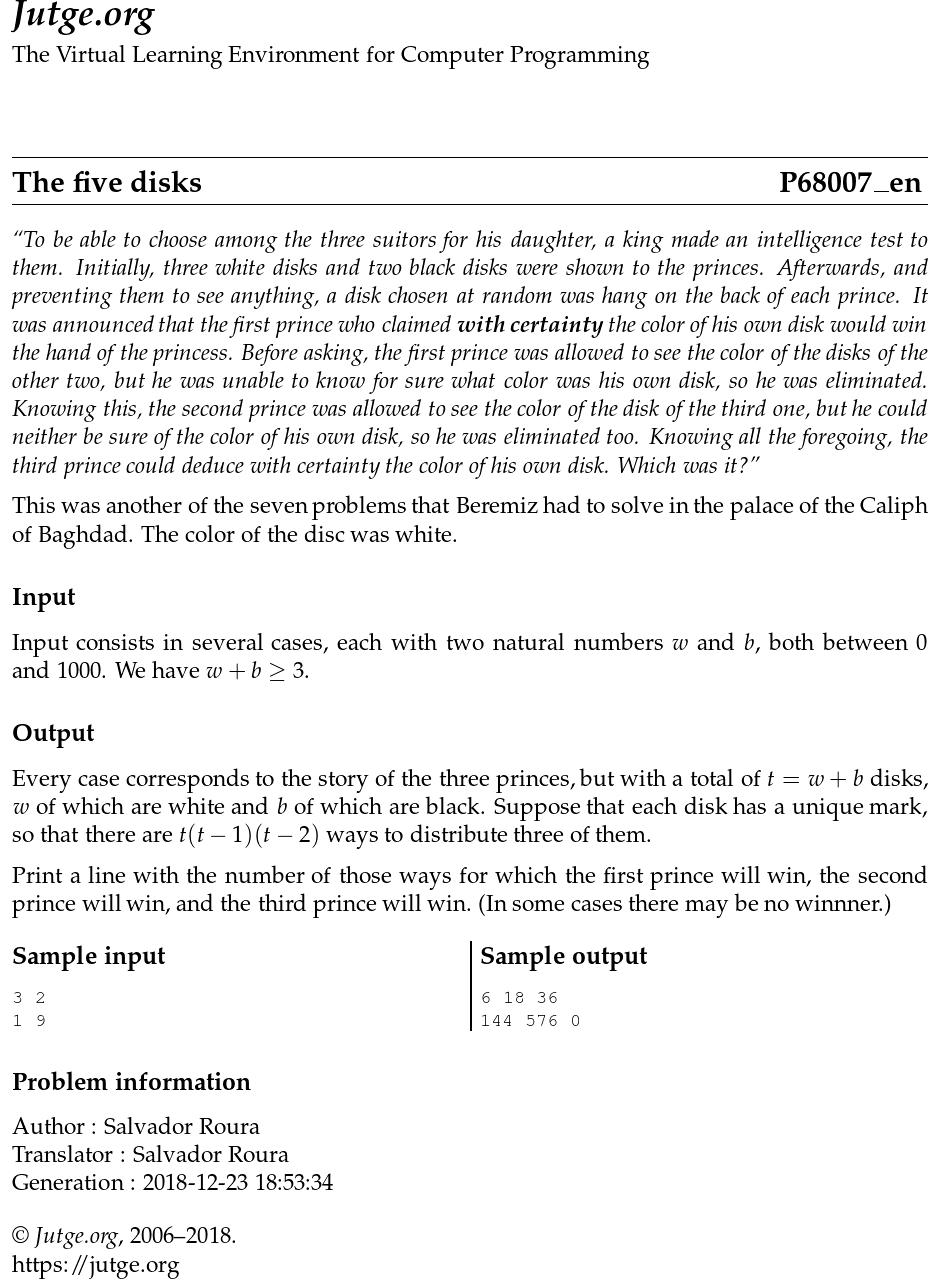 This was another of the seven problems that Beremiz had to solve in the palace of the Caliph of Baghdad. The color of the disc was white.

Every case corresponds to the story of the three princes, but with a total of t = w + b disks, w of which are white and b of which are black. Suppose that each disk has a unique mark, so that there are t(t−1)(t−2) ways to distribute three of them.