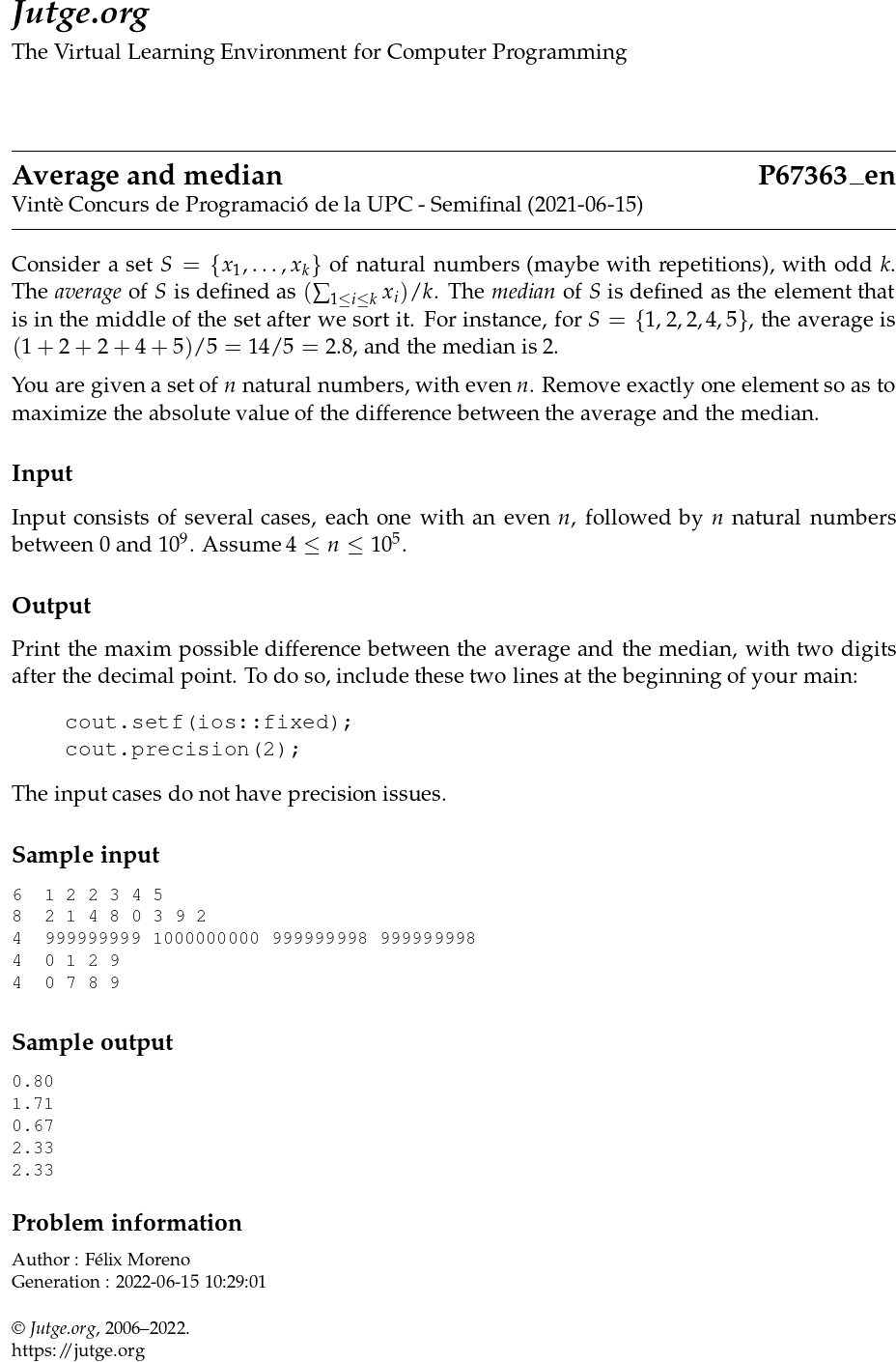 You are given a set of n natural numbers, with even n. Remove exactly one element so as to maximize the absolute value of the difference between the average and the median.

Print the maxim possible difference between the average and the median, with two digits after the decimal point. To do so, include these two lines at the beginning of your main:

The input cases do not have precision issues.