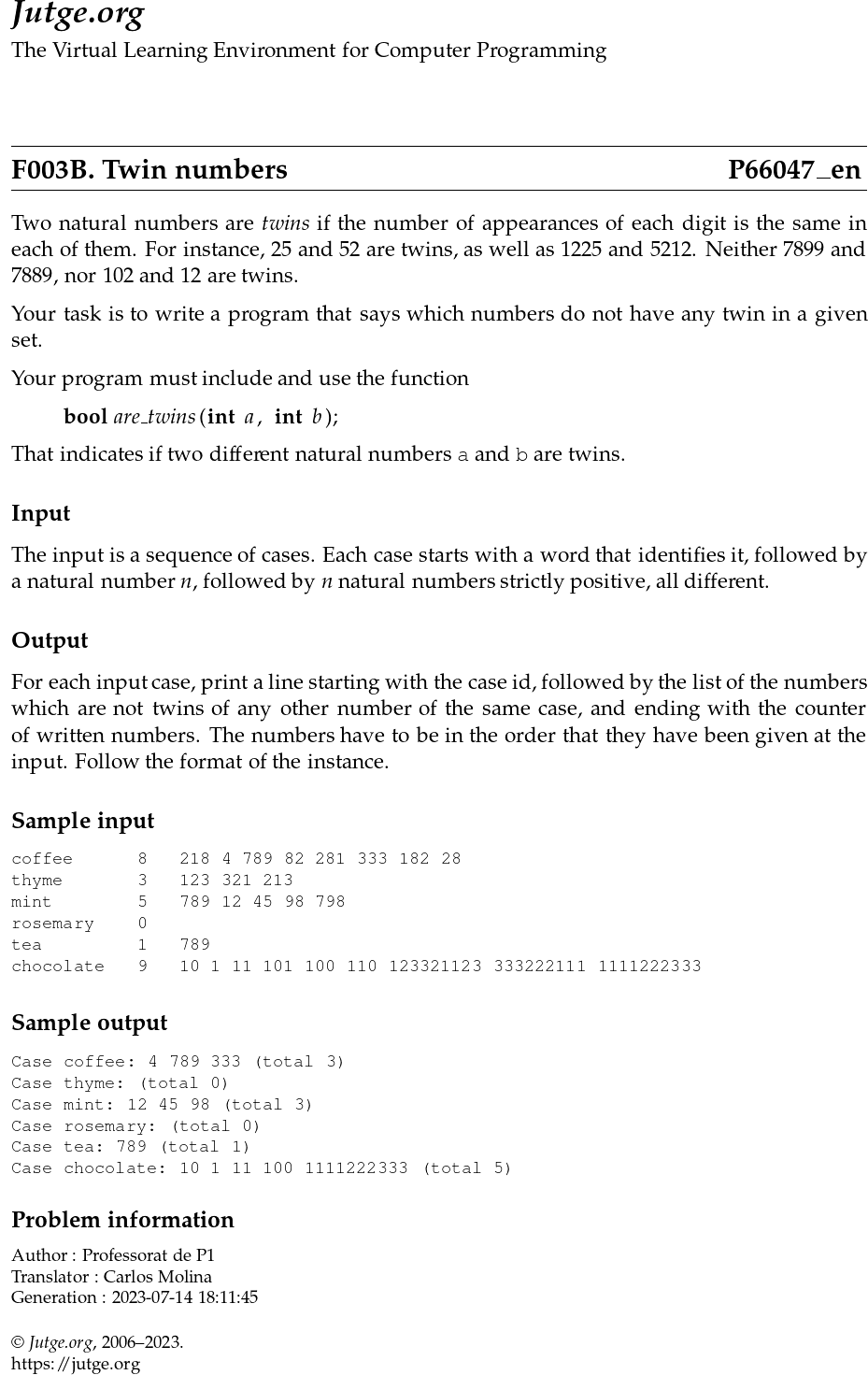 Your task is to write a program that says which numbers do not have any twin in a given set.

Your program must include and use the function

That indicates if two different natural numbers |a| and |b| are twins.

For each input case, print a line starting with the case id, followed by the list of the numbers which are not twins of any other number of the same case, and ending with the counter of written numbers. The numbers have to be in the order that they have been given at the input. Follow the format of the instance.