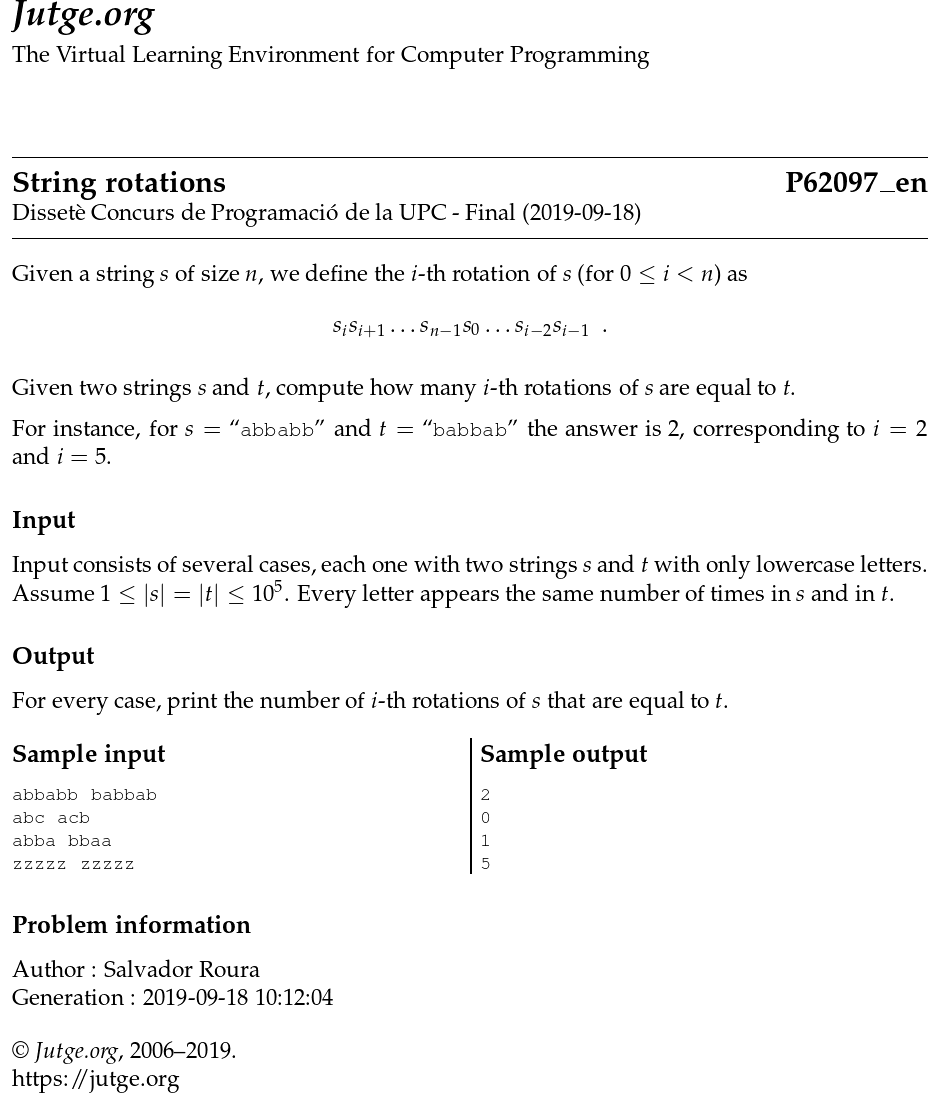 Given two strings s and t, compute how many i-th rotations of s are equal to t.

Input consists of several cases, each one with two strings s and t with only lowercase letters. Assume 1 ≤ | s | = | t | ≤ 105. Every letter appears the same number of times in s and in t.

For every case, print the number of i-th rotations of s that are equal to t.