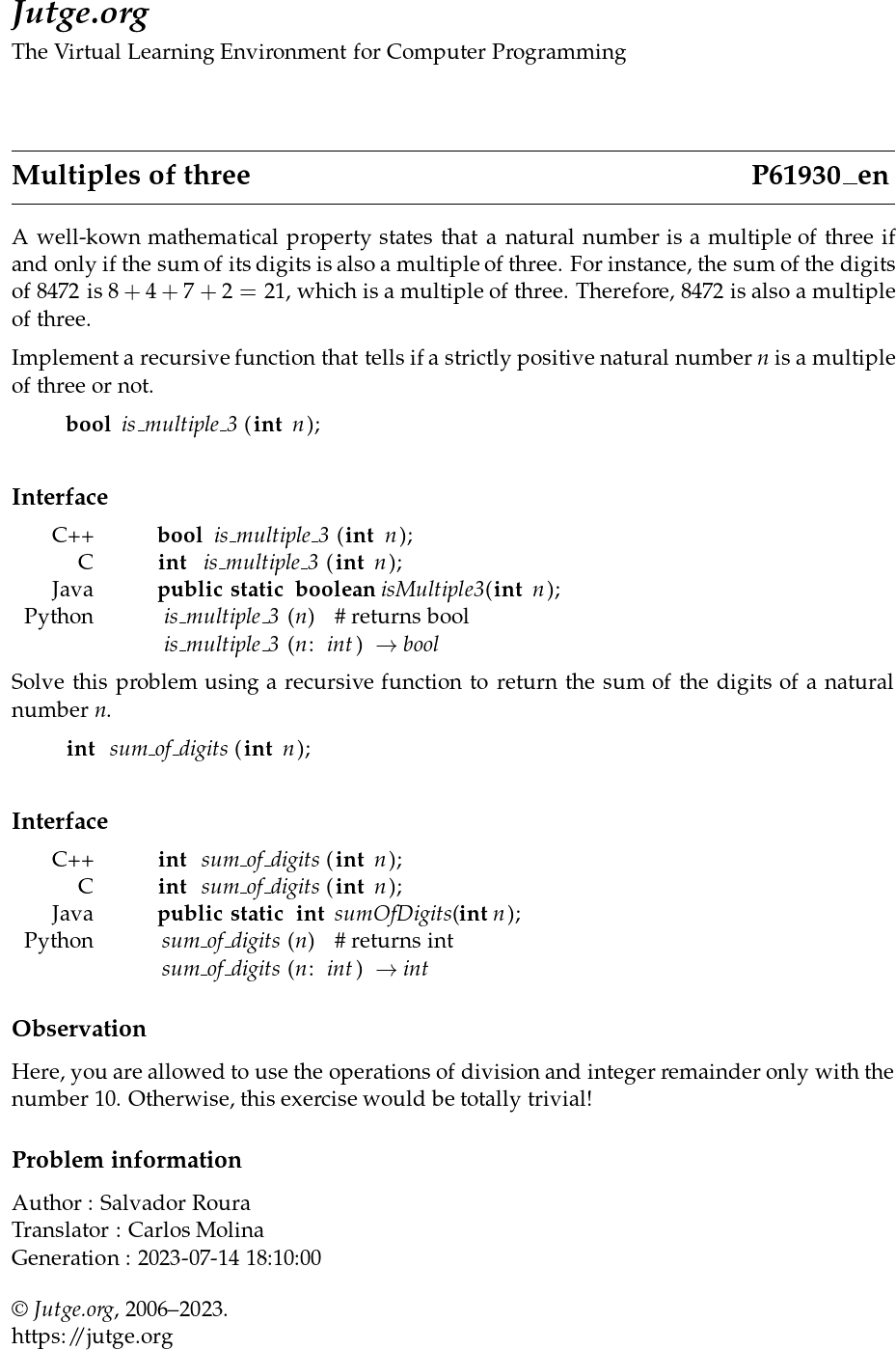 Implement a recursive function that tells if a strictly positive natural number n is a multiple of three or not.

Solve this problem using a recursive function to return the sum of the digits of a natural number n.

Here, you are allowed to use the operations of division and integer remainder only with the number 10. Otherwise, this exercise would be totally trivial!