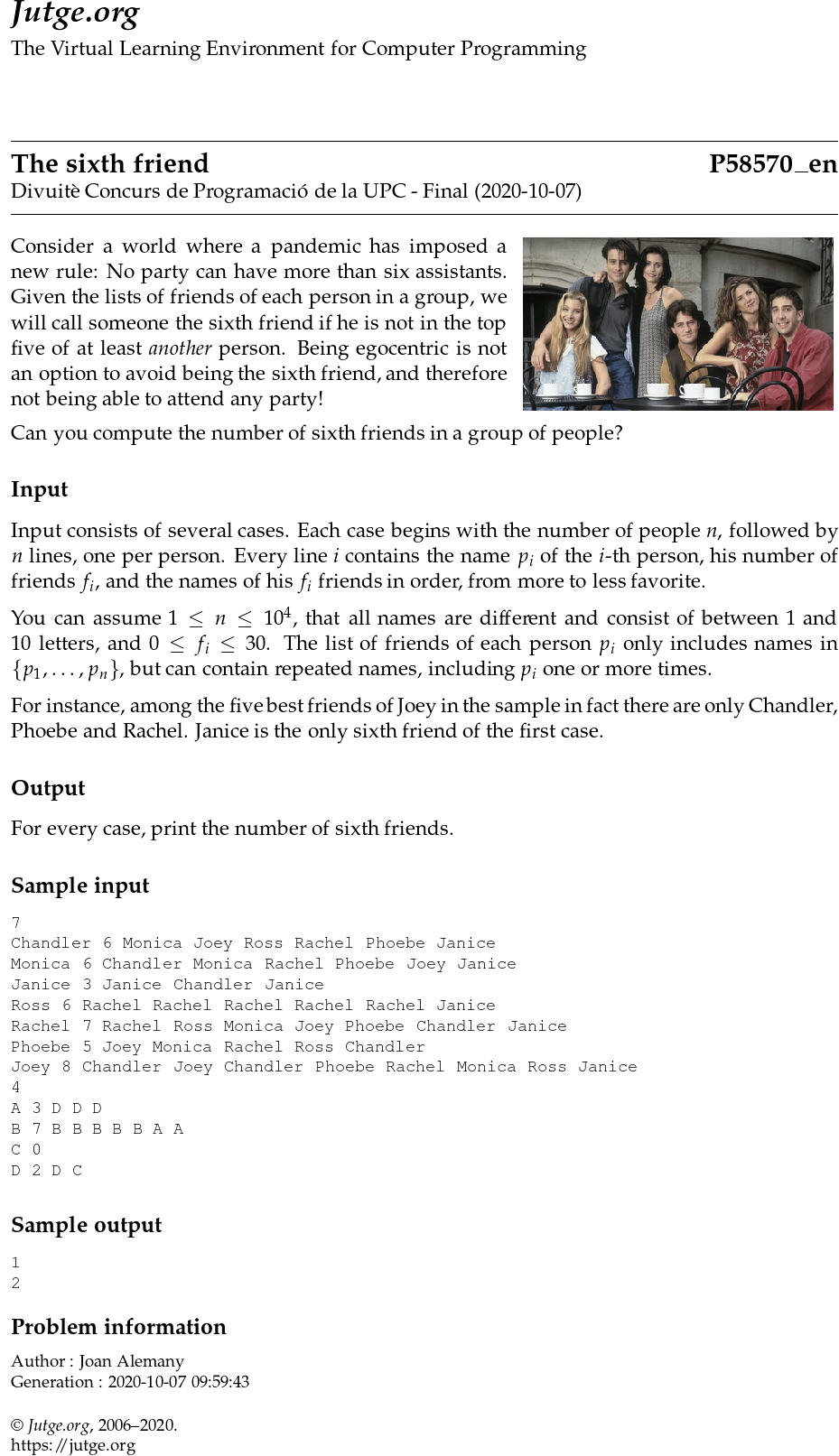 html
Consider a world where a pandemic has imposed a new rule: No party can have more than six assistants. Given the lists of friends of each person in a group, we will call someone the sixth friend if he is not in the top five of at least another person. Being egocentric is not an option to avoid being the sixth friend, and therefore not being able to attend any party!

Can you compute the number of sixth friends in a group of people?

Input consists of several cases. Each case begins with the number of people n, followed by n lines, one per person. Every line i contains the name pi of the i-th person, his number of friends fi, and the names of his fi friends in order, from more to less favorite.

For instance, among the five best friends of Joey in the sample in fact there are only Chandler, Phoebe and Rachel. Janice is the only sixth friend of the first case.

For every case, print the number of sixth friends.