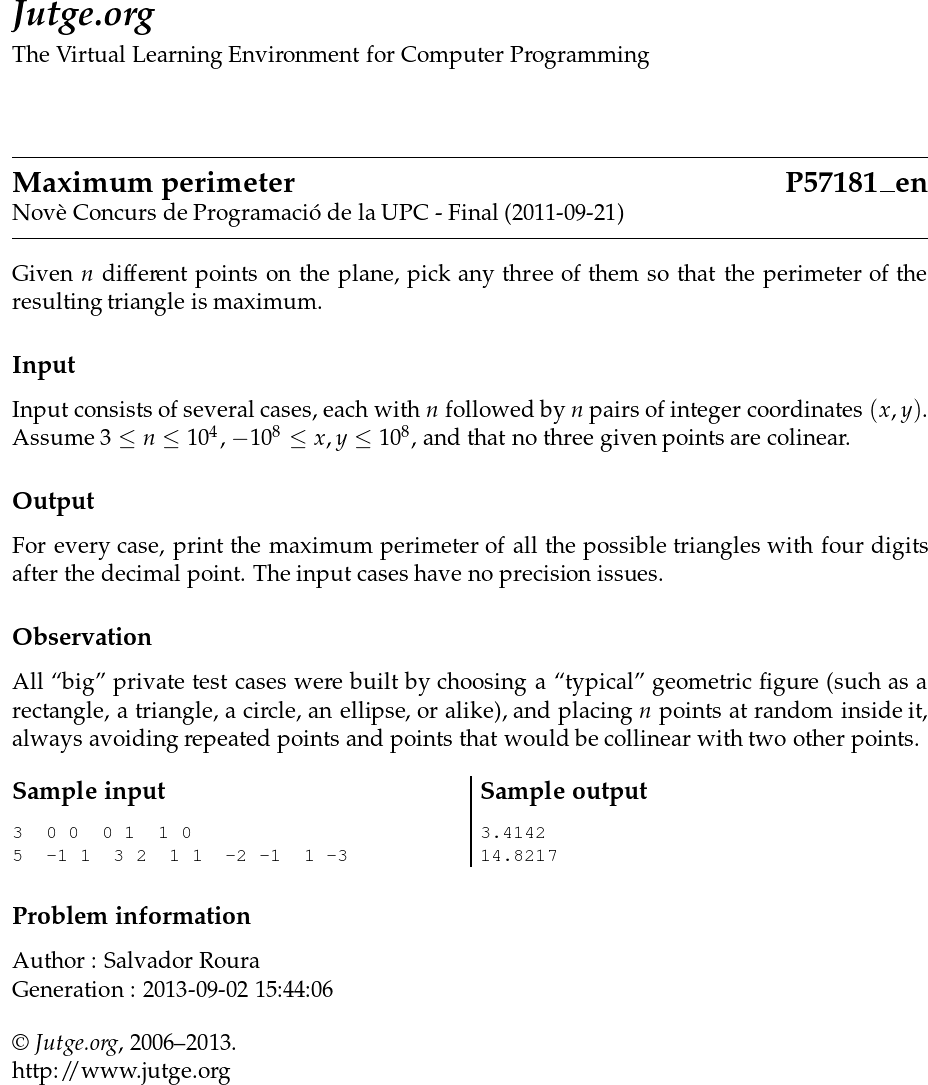 Given n different points on the plane, pick any three of them so that the perimeter of the resulting triangle is maximum.

For every case, print the maximum perimeter of all the possible triangles with four digits after the decimal point. The input cases have no precision issues.

All “big” private test cases were built by choosing a “typical” geometric figure (such as a rectangle, a triangle, a circle, an ellipse, or alike), and placing n points at random inside it, always avoiding repeated points and points that would be collinear with two other points.