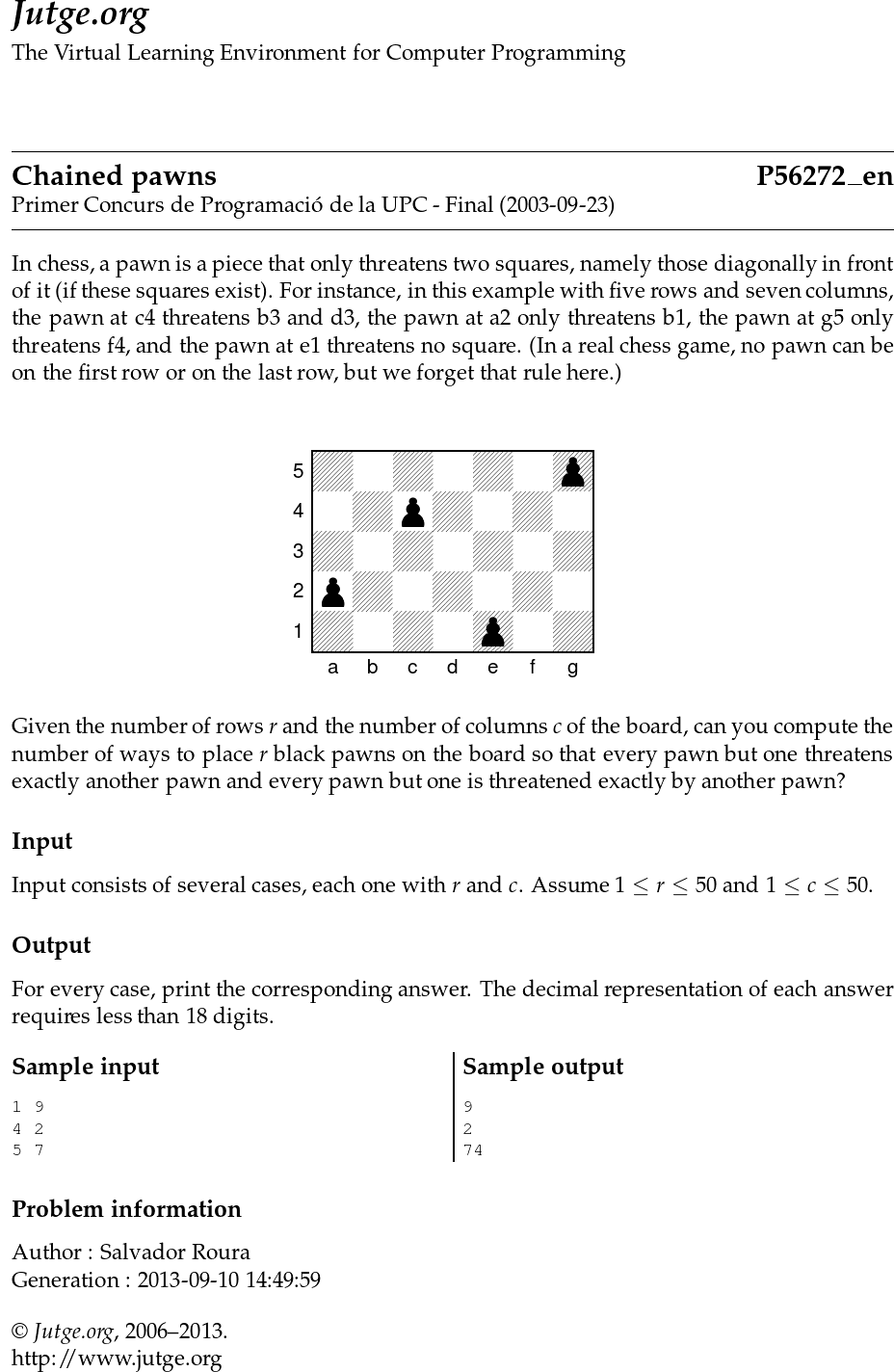 For every case, print the corresponding answer. The decimal representation of each answer requires less than 18 digits.