The streets of Barcelona P56164 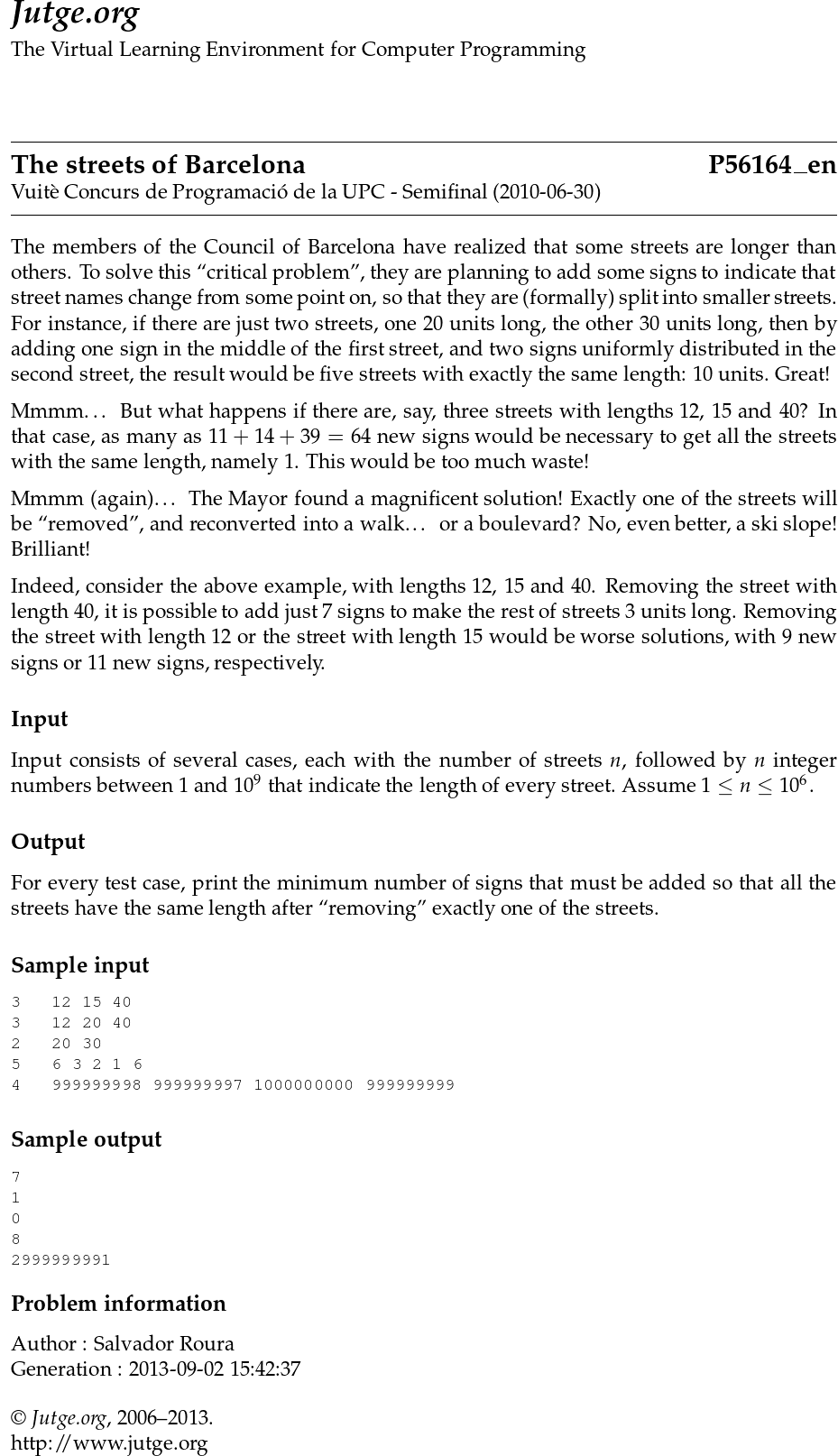 The members of the Council of Barcelona have realized that some streets are longer than others. To solve this “critical problem”, they are planning to add some signs to indicate that street names change from some point on, so that they are (formally) split into smaller streets. For instance, if there are just two streets, one 20 units long, the other 30 units long, then by adding one sign in the middle of the first street, and two signs uniformly distributed in the second street, the result would be five streets with exactly the same length: 10 units. Great!

Mmmm (again)… The Mayor found a magnificent solution! Exactly one of the streets will be “removed”, and reconverted into a walk… or a boulevard? No, even better, a ski slope! Brilliant!

Input consists of several cases, each with the number of streets n, followed by n integer numbers between 1 and 109 that indicate the length of every street. Assume 1 ≤ n ≤ 106.

For every test case, print the minimum number of signs that must be added so that all the streets have the same length after “removing” exactly one of the streets.