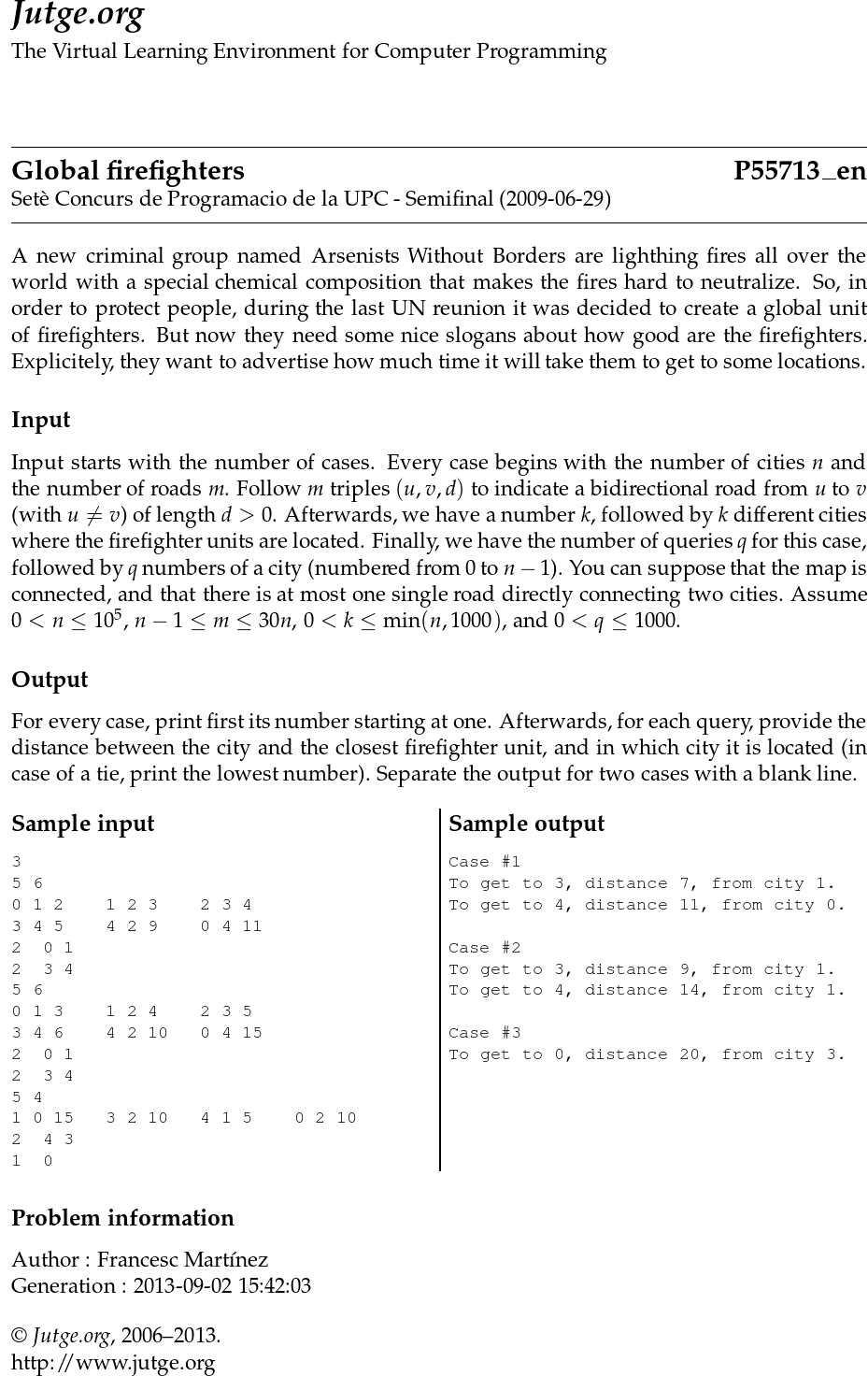 A new criminal group named Arsenists Without Borders are lighthing fires all over the world with a special chemical composition that makes the fires hard to neutralize. So, in order to protect people, during the last UN reunion it was decided to create a global unit of firefighters. But now they need some nice slogans about how good are the firefighters. Explicitely, they want to advertise how much time it will take them to get to some locations.

For every case, print first its number starting at one. Afterwards, for each query, provide the distance between the city and the closest firefighter unit, and in which city it is located (in case of a tie, print the lowest number). Separate the output for two cases with a blank line.