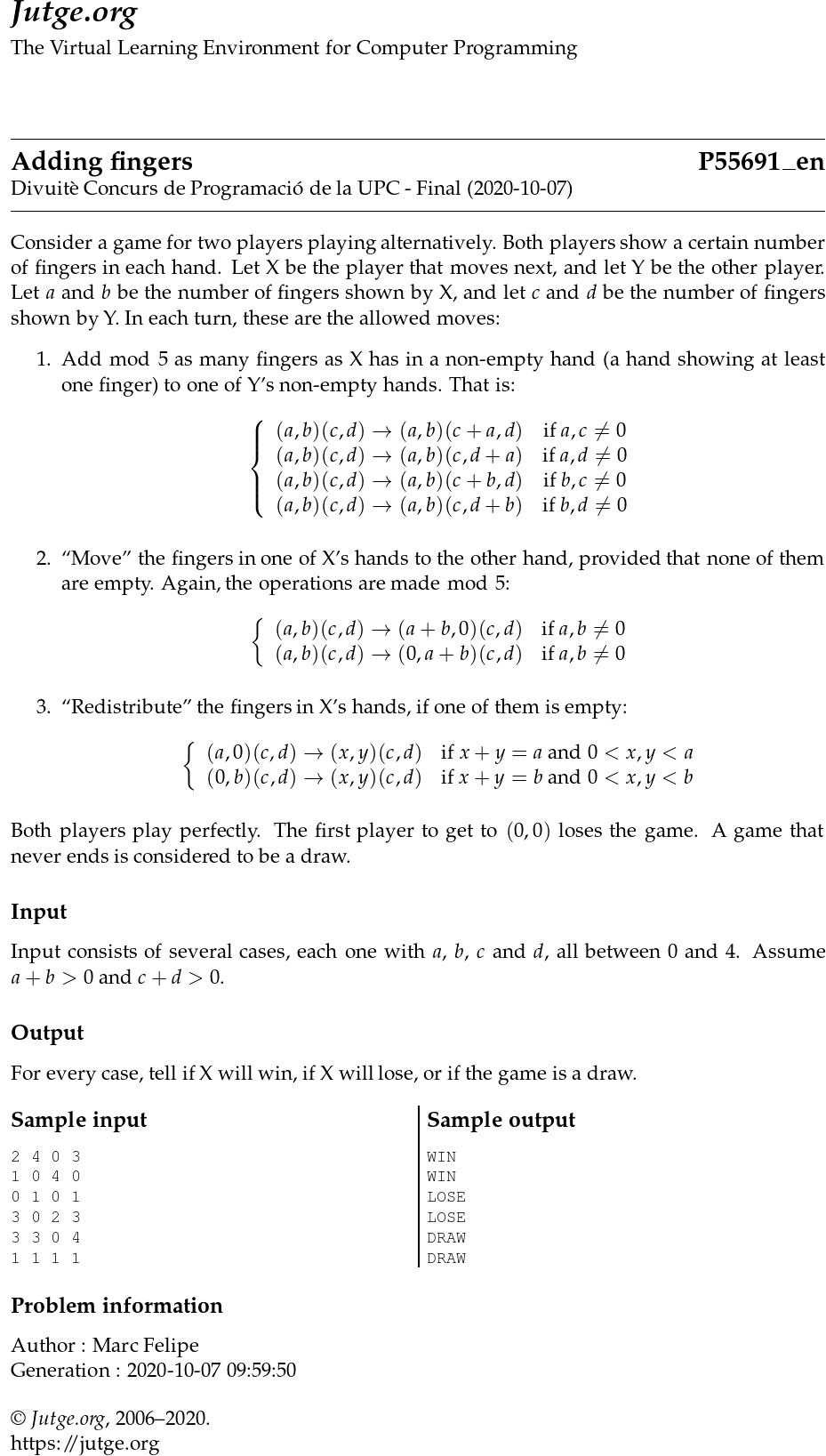 Both players play perfectly. The first player to get to (0, 0) loses the game. A game that never ends is considered to be a draw.

For every case, tell if X will win, if X will lose, or if the game is a draw.