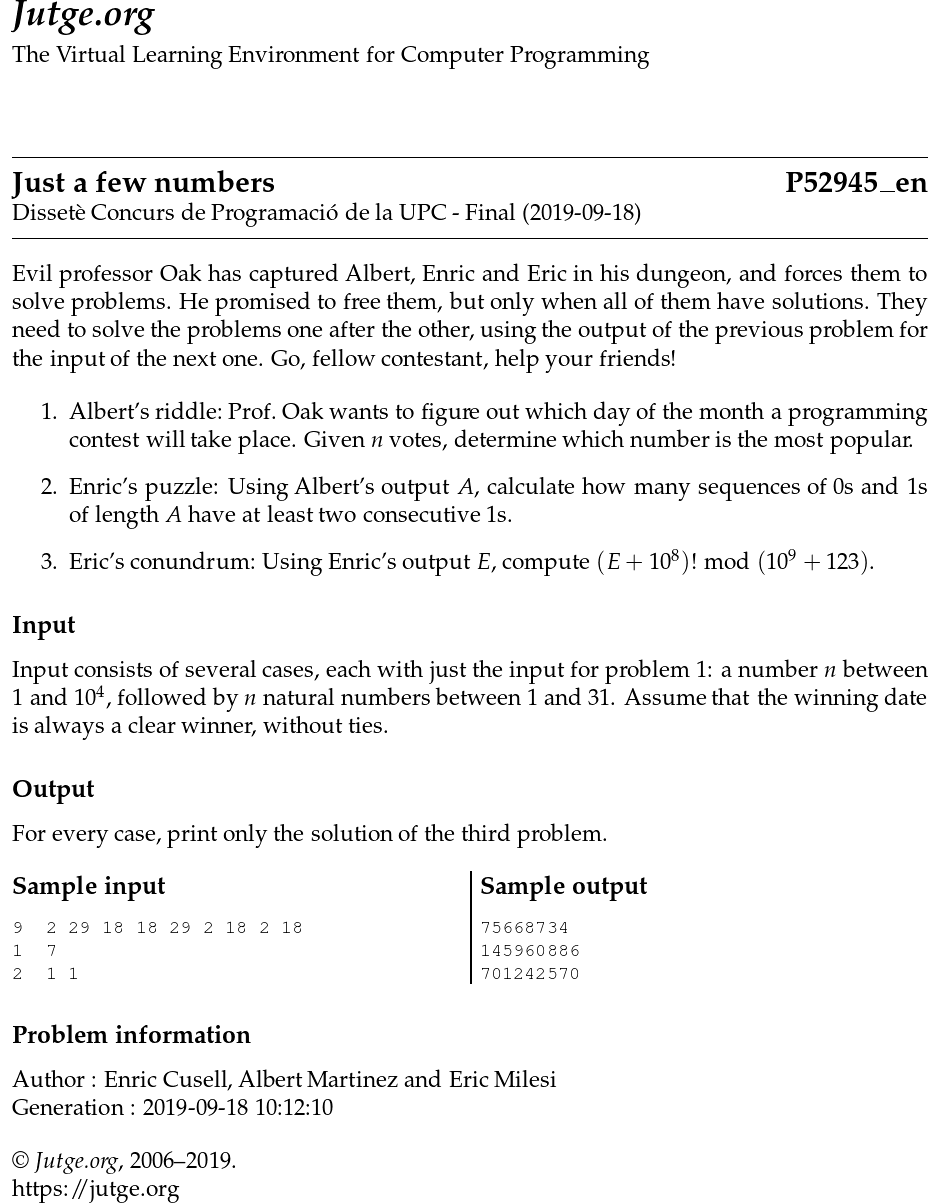 Evil professor Oak has captured Albert, Enric and Eric in his dungeon, and forces them to solve problems. He promised to free them, but only when all of them have solutions. They need to solve the problems one after the other, using the output of the previous problem for the input of the next one. Go, fellow contestant, help your friends!

Input consists of several cases, each with just the input for problem 1: a number n between 1 and 104, followed by n natural numbers between 1 and 31. Assume that the winning date is always a clear winner, without ties.

For every case, print only the solution of the third problem.