The script of the battlefield reporter P52373 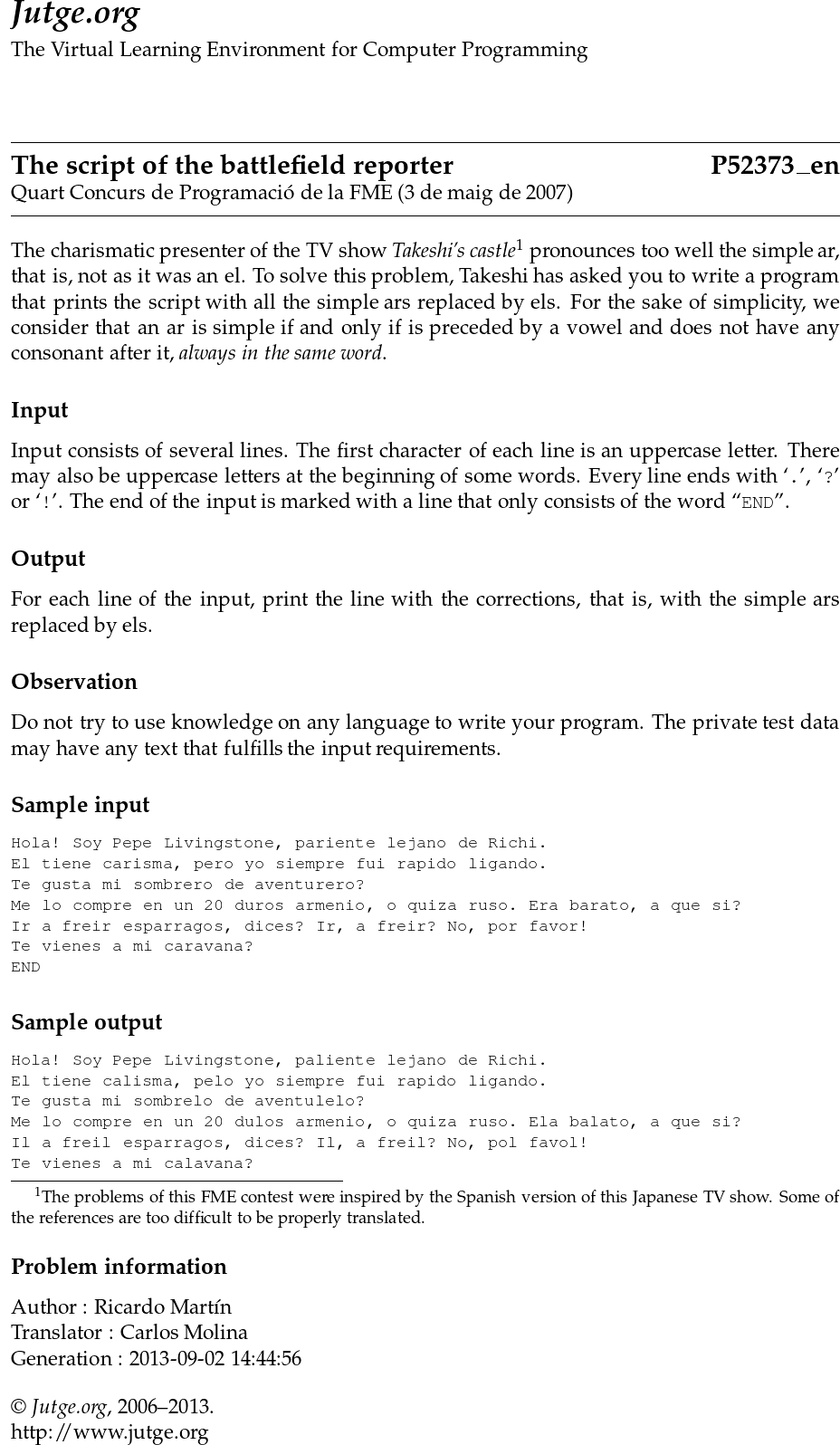 The charismatic presenter of the TV show Takeshi’s castle [Footnote: The problems of this FME contest were inspired by the Spanish version of this Japanese TV show. Some of the references are too difficult to be properly translated. ] pronounces too well the simple ar, that is, not as it was an el. To solve this problem, Takeshi has asked you to write a program that prints the script with all the simple ars replaced by els. For the sake of simplicity, we consider that an ar is simple if and only if is preceded by a vowel and does not have any consonant after it, always in the same word.

Input consists of several lines. The first character of each line is an uppercase letter. There may also be uppercase letters at the beginning of some words. Every line ends with ‘.’, ‘?’ or ‘!’. The end of the input is marked with a line that only consists of the word “END”.

For each line of the input, print the line with the corrections, that is, with the simple ars replaced by els.

Do not try to use knowledge on any language to write your program. The private test data may have any text that fulfills the input requirements.