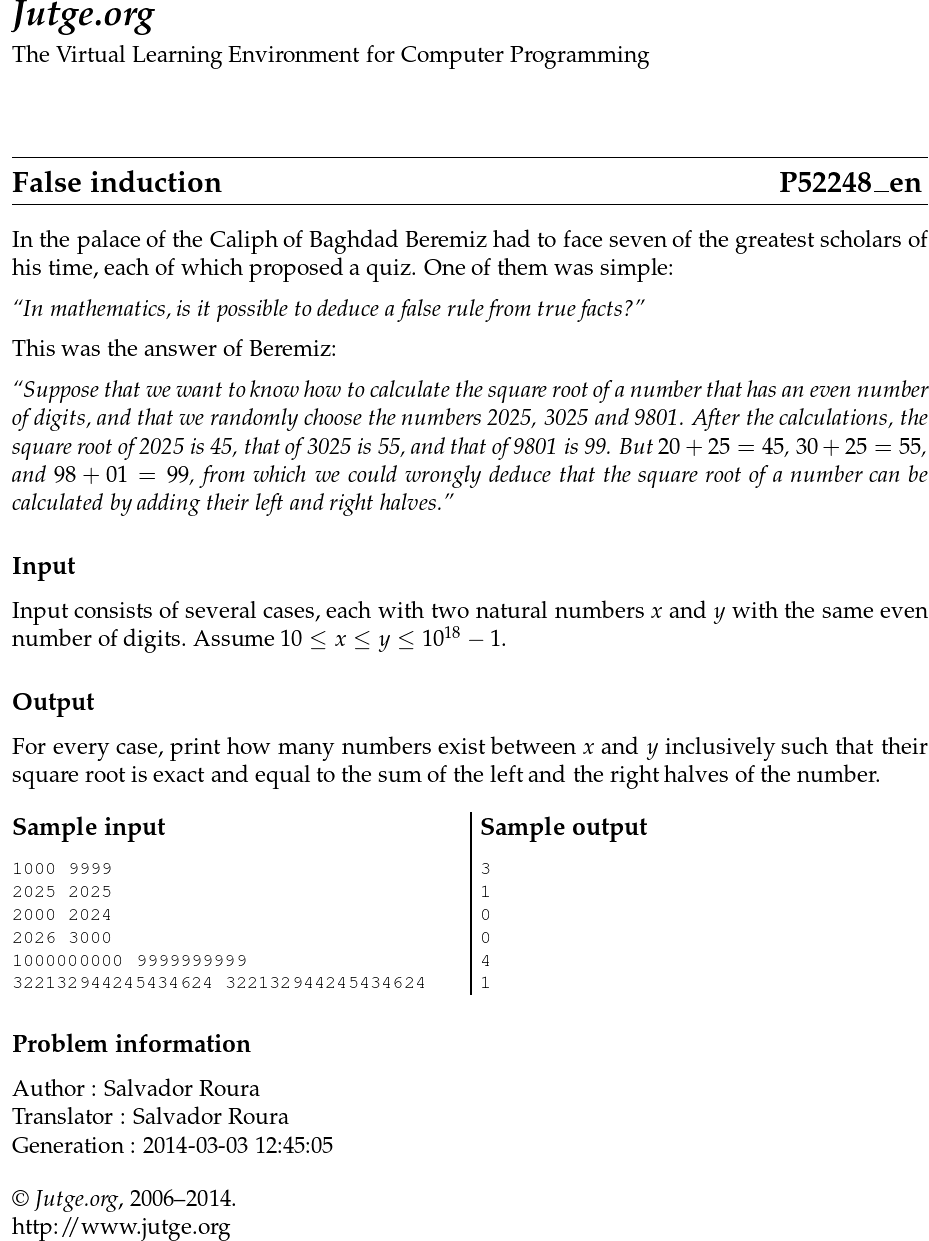 In the palace of the Caliph of Baghdad Beremiz had to face seven of the greatest scholars of his time, each of which proposed a quiz. One of them was simple:

“In mathematics, is it possible to deduce a false rule from true facts?”

This was the answer of Beremiz:

For every case, print how many numbers exist between x and y inclusively such that their square root is exact and equal to the sum of the left and the right halves of the number.