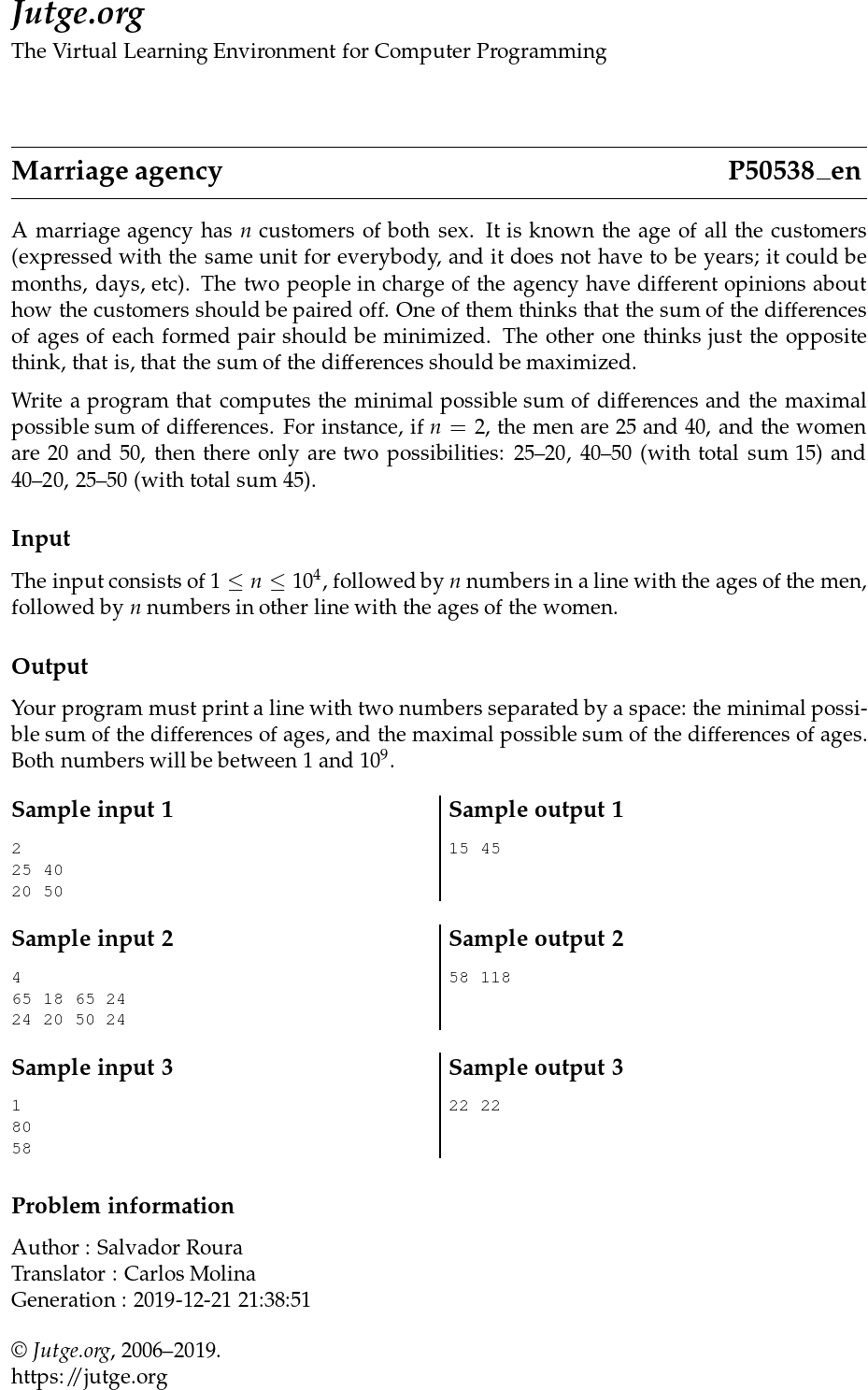 A marriage agency has n customers of both sex. It is known the age of all the customers (expressed with the same unit for everybody, and it does not have to be years; it could be months, days, etc). The two people in charge of the agency have different opinions about how the customers should be paired off. One of them thinks that the sum of the differences of ages of each formed pair should be minimized. The other one thinks just the opposite think, that is, that the sum of the differences should be maximized.